Since doing the gearbox on the Scimitar things were generally running well… until one day on the M25 when the throttle stuck wide open, Engine revved up to max and sounding like it was thrashing the life out of itself. I limped off the motorway by turning the ignition on and off and coasting. Free’d off the throttle at a layby and continued the 30 miles to home.

I Replaced the faulty throttle cable the following day but the car refused to start briefly spurting to life and then dying, Simple checks revealed the rotor arm was not turning but the starter was…! The timing gear had shredded its teeth leaving them all in an pile in the sump.

So I now I really have to eat a small slice of humble pie and admit I should have replaced the timing gear earlier and indeed was advised to change it by VIv at least once…! Its a well known weakness with the Ford Essex Engine and its one you Ignore at your own risk

The following photos show where the car is at present old timing gear cleaned out, new one on. 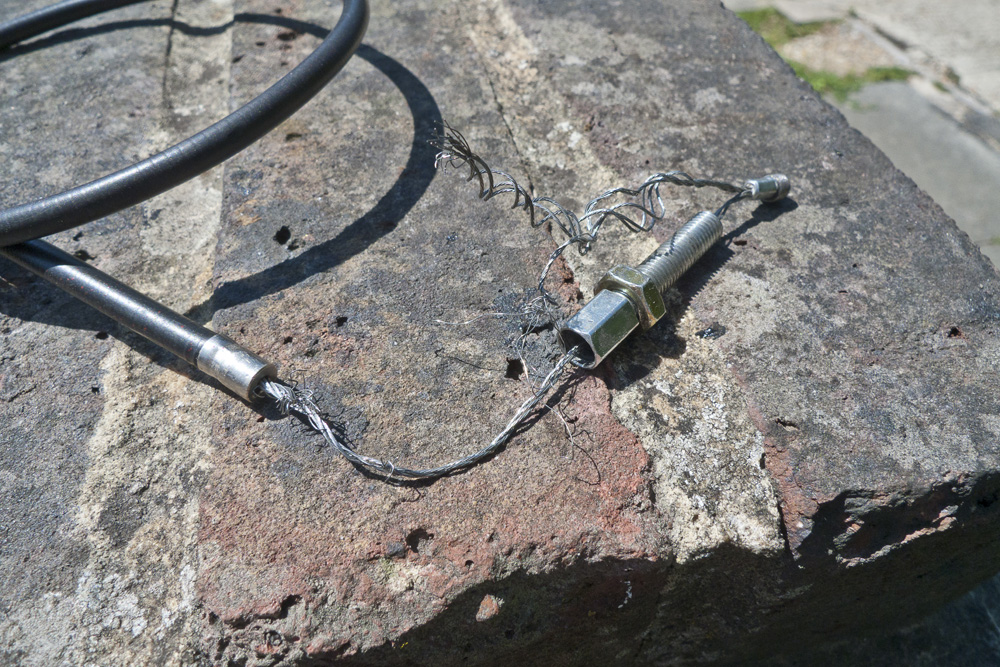 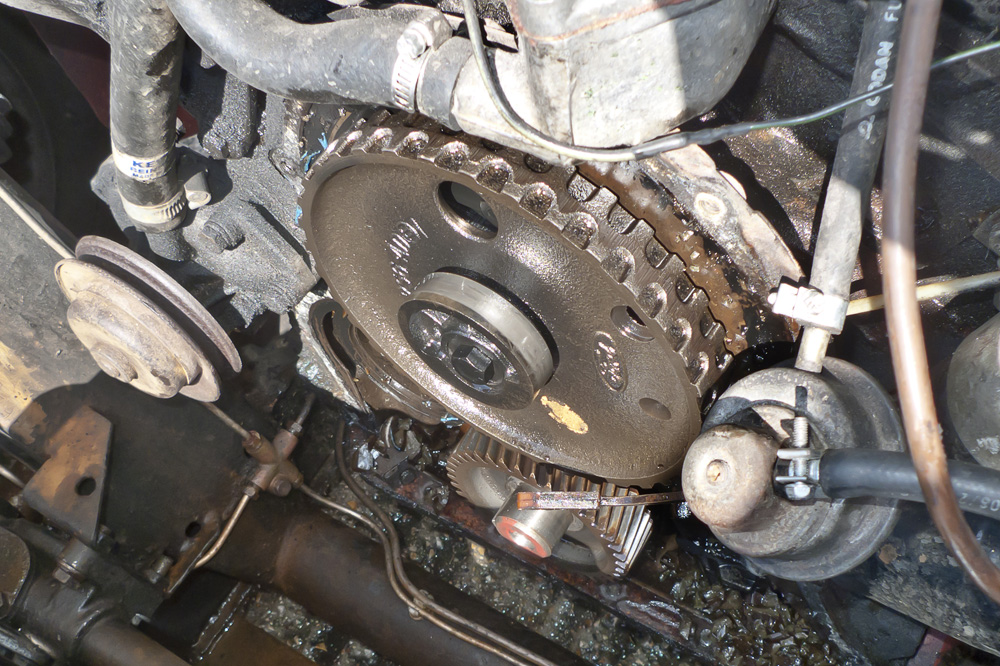 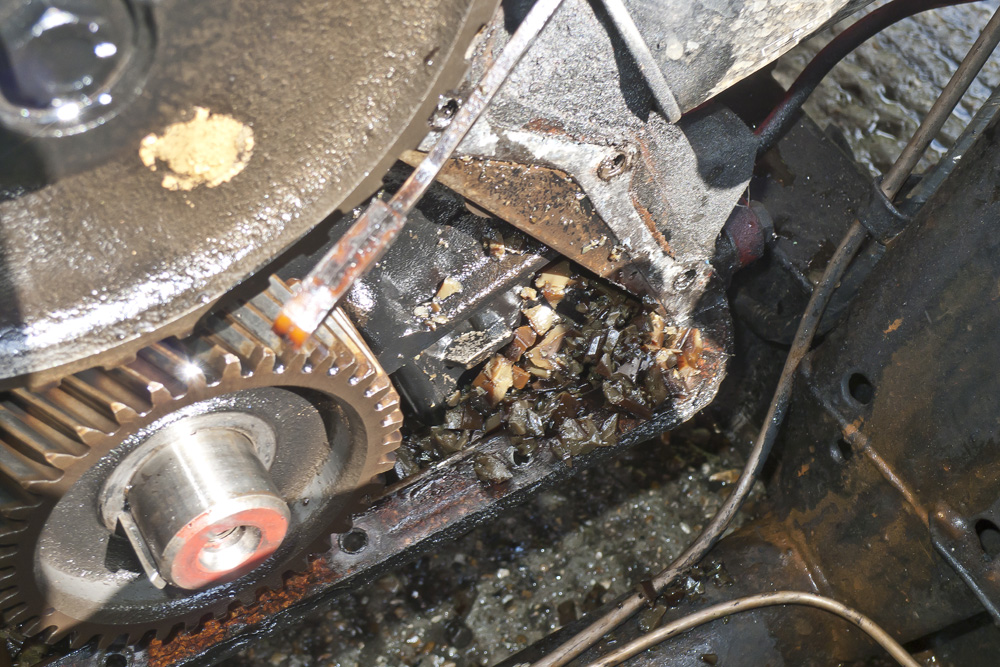 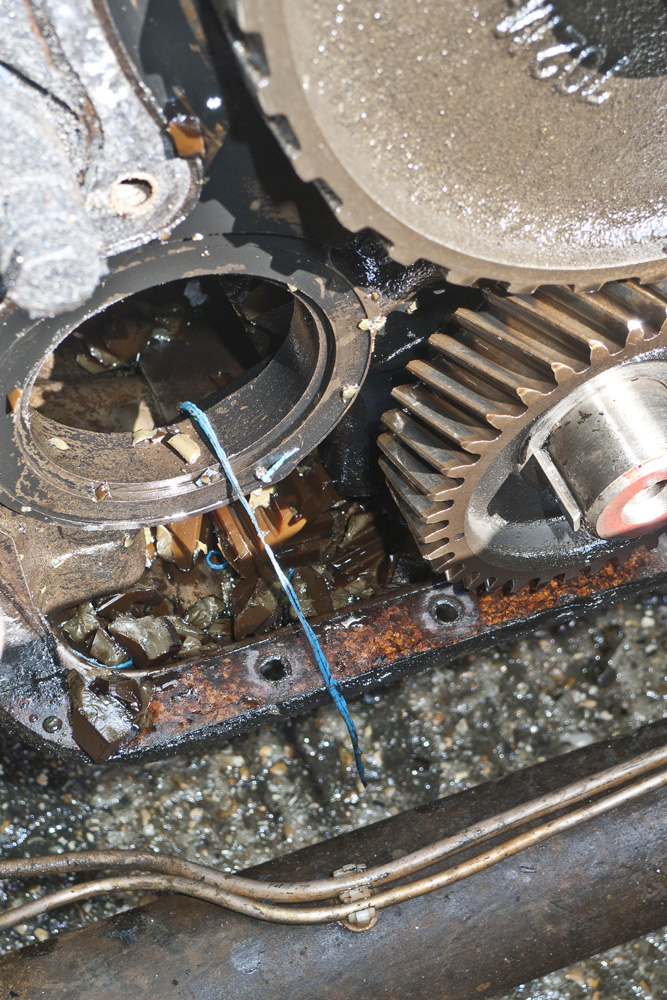 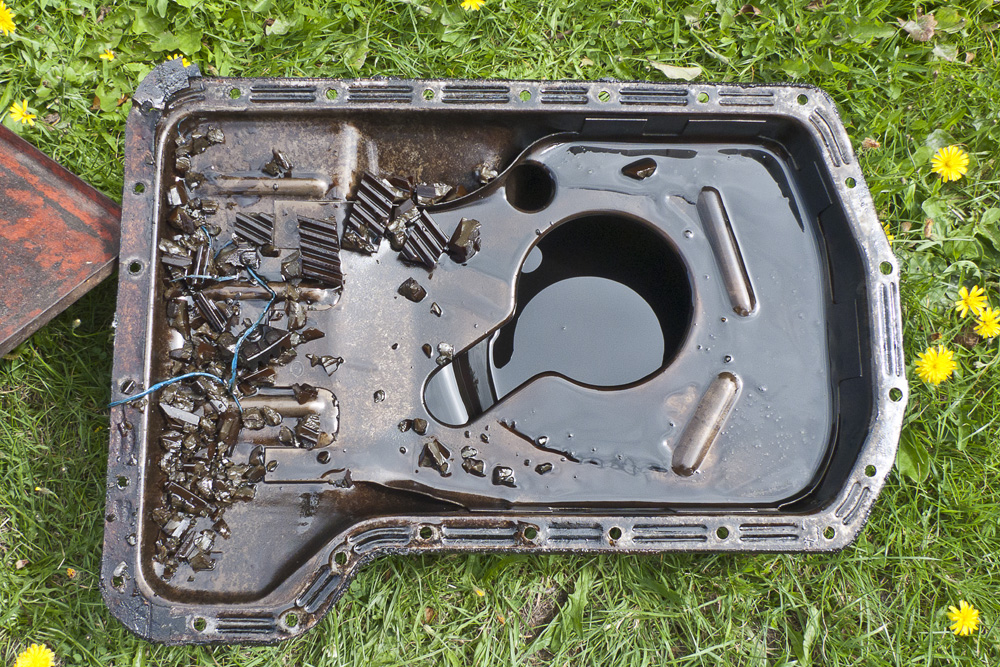 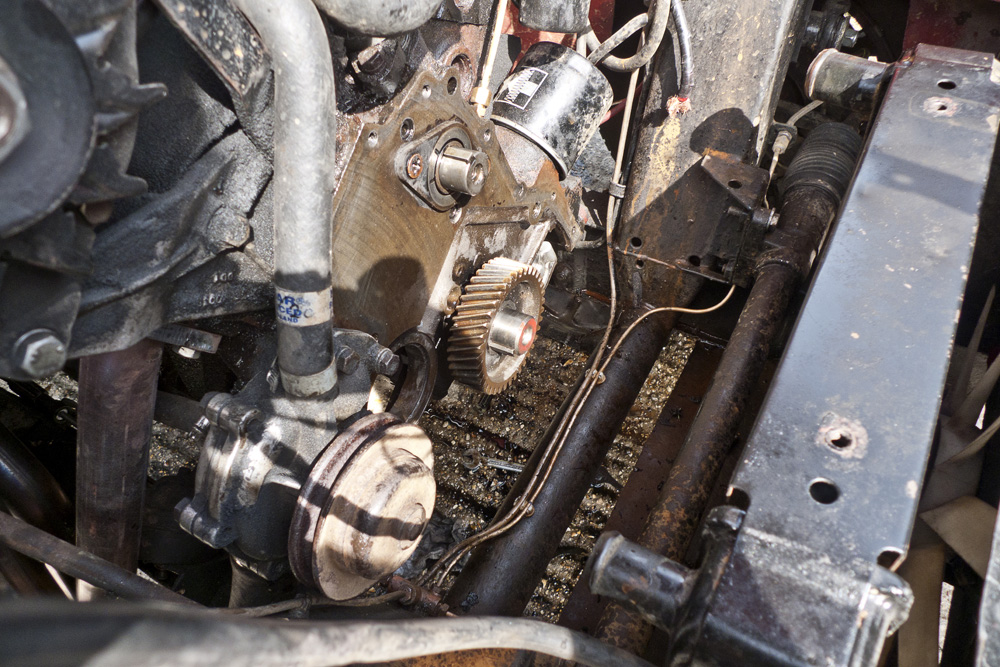 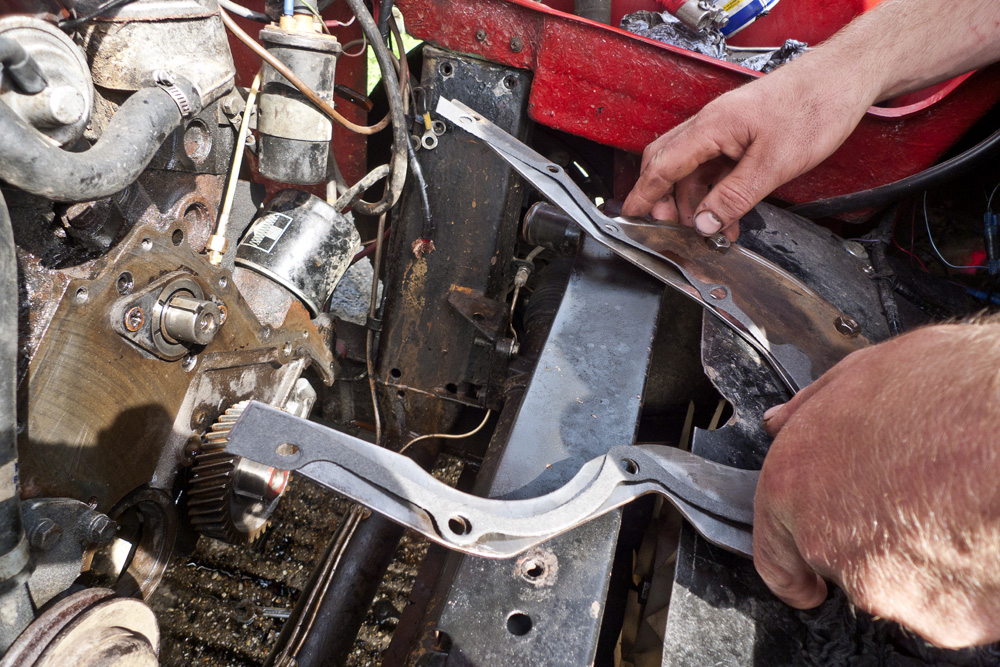 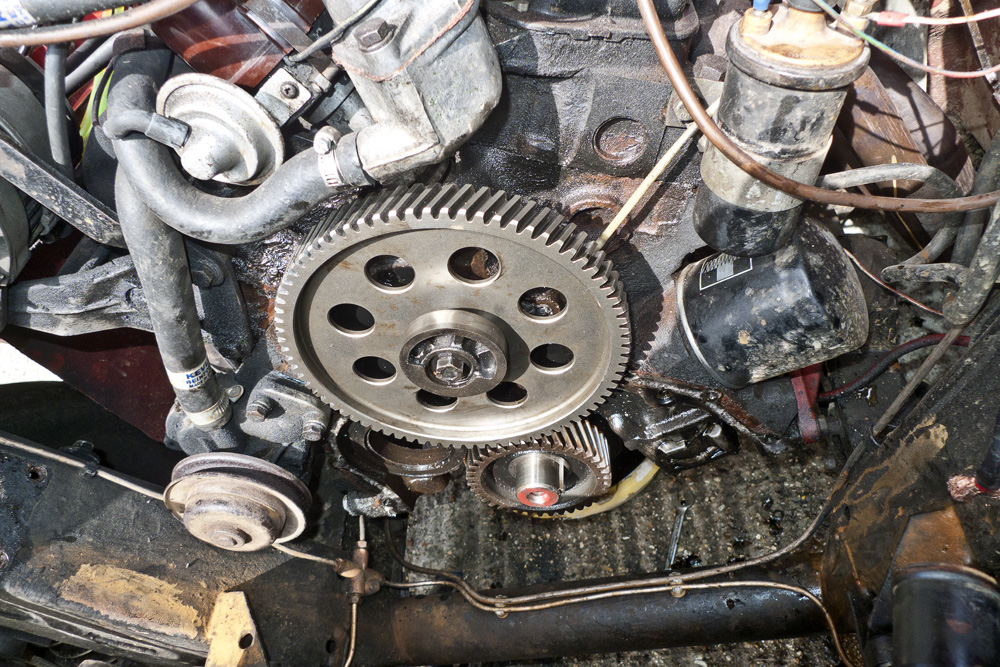 About to fit the timing cover 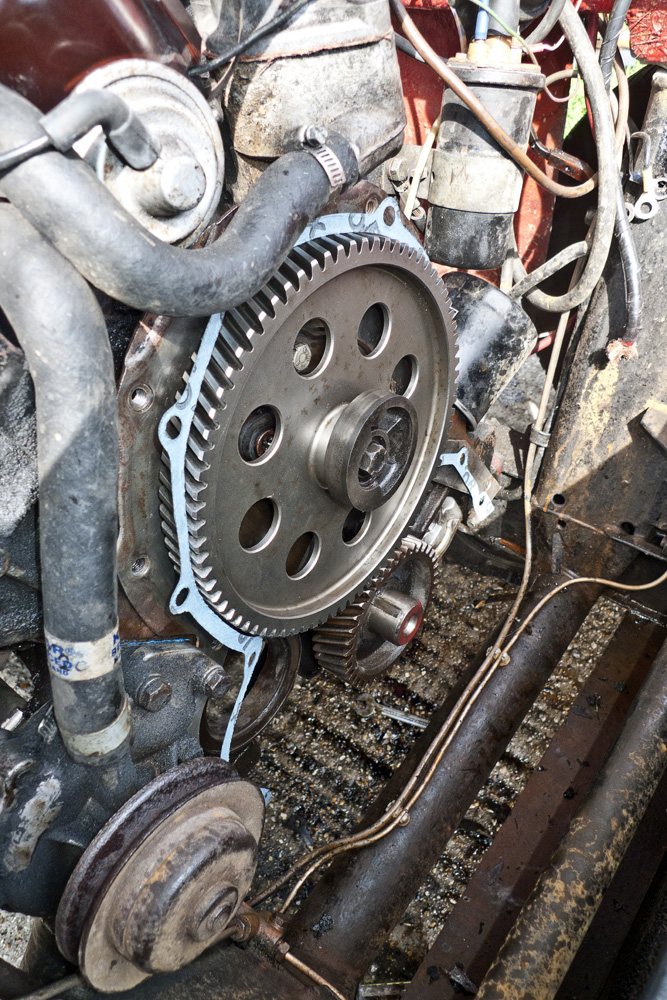 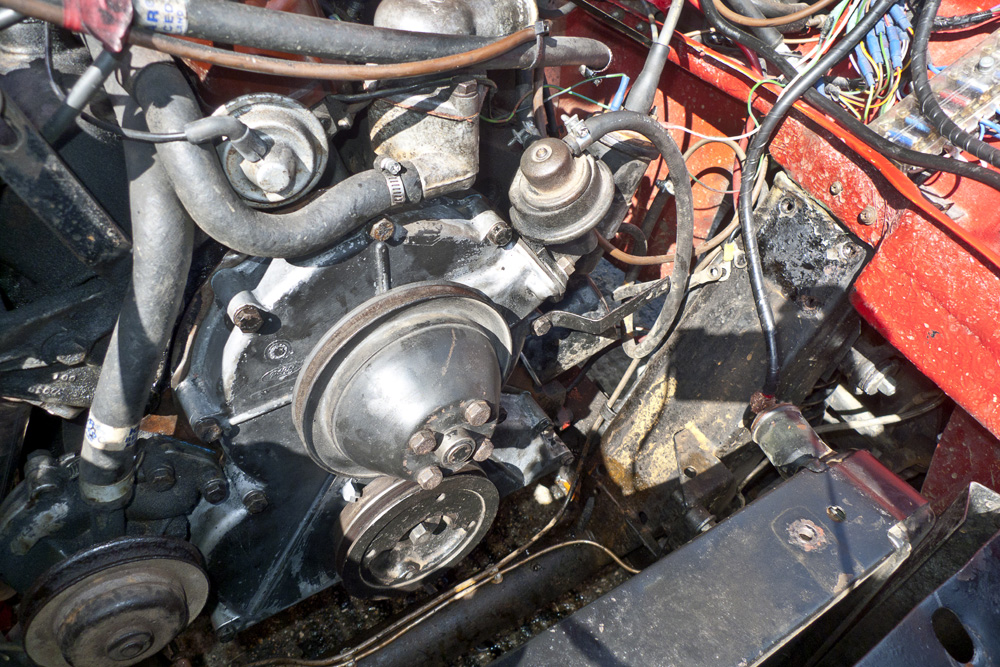 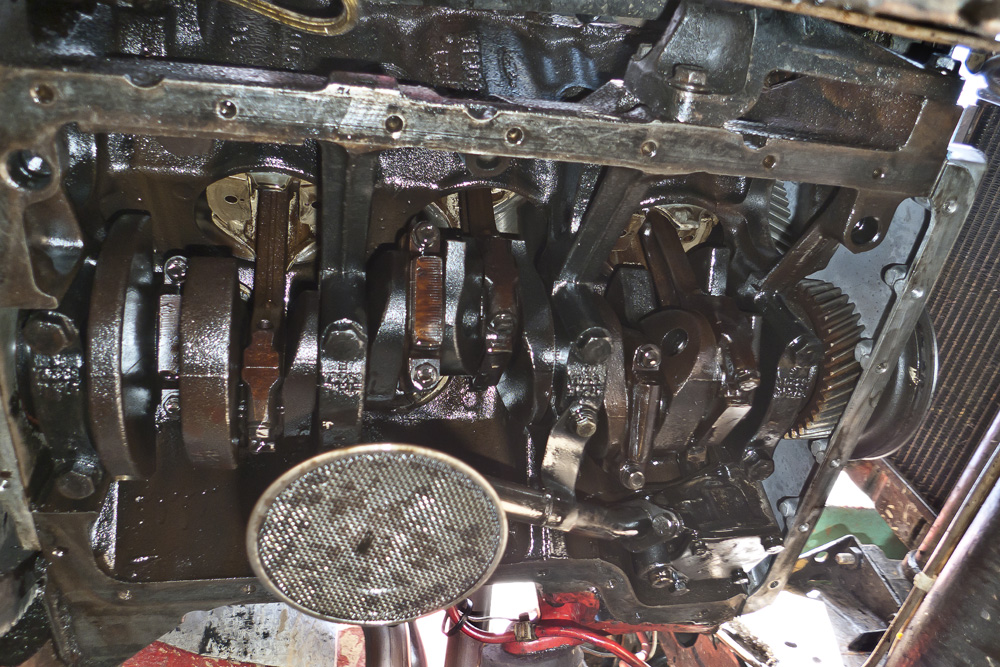 a running engine, but not running right… 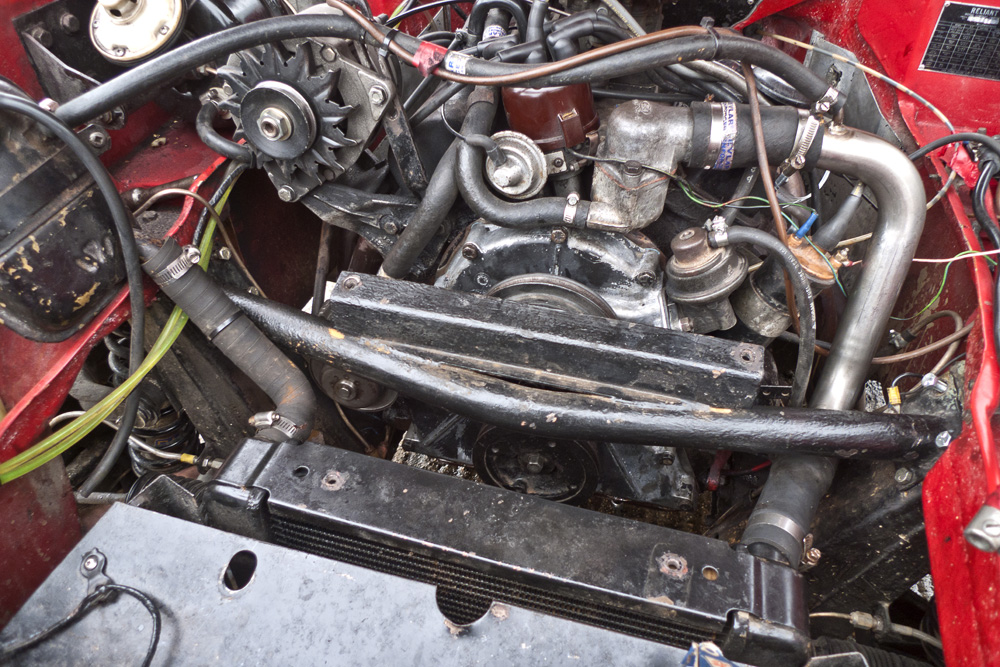 I was very lucky to get away with no serious damage, to the valves The head studs had pulled pulled out a bit but swapping for a new set of Unleaded heads has fixed this.