These photos show the geaprbox and overdrive coming out to change the clutch release bearing. While the gearbox was off the leaking tailshaft was resealed, the gear linkages were also setup again. I also had a couple of replacement bushes made up for the bottom of the gearstick/pivot arm as the old ones were pretty worn and disintegrating and replacements dont seem to be available.

Also while the gearbox was out the solenoid and oil filter were changed in the overdrive. I but forgot to take any photos of this! 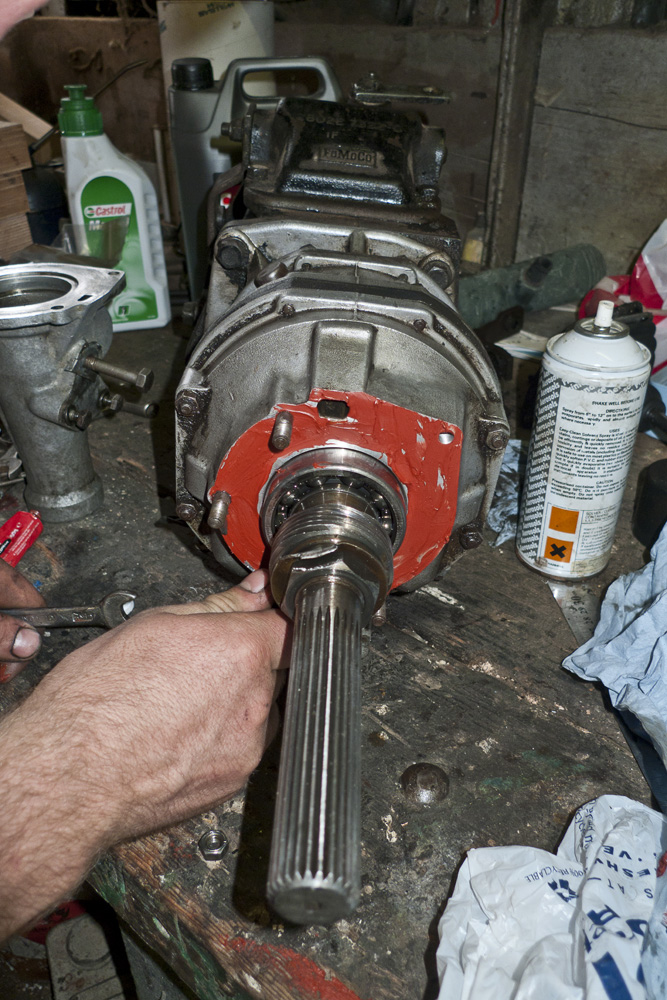 Speedo drive gear, not sure why I took this photo as we never did anything to it. 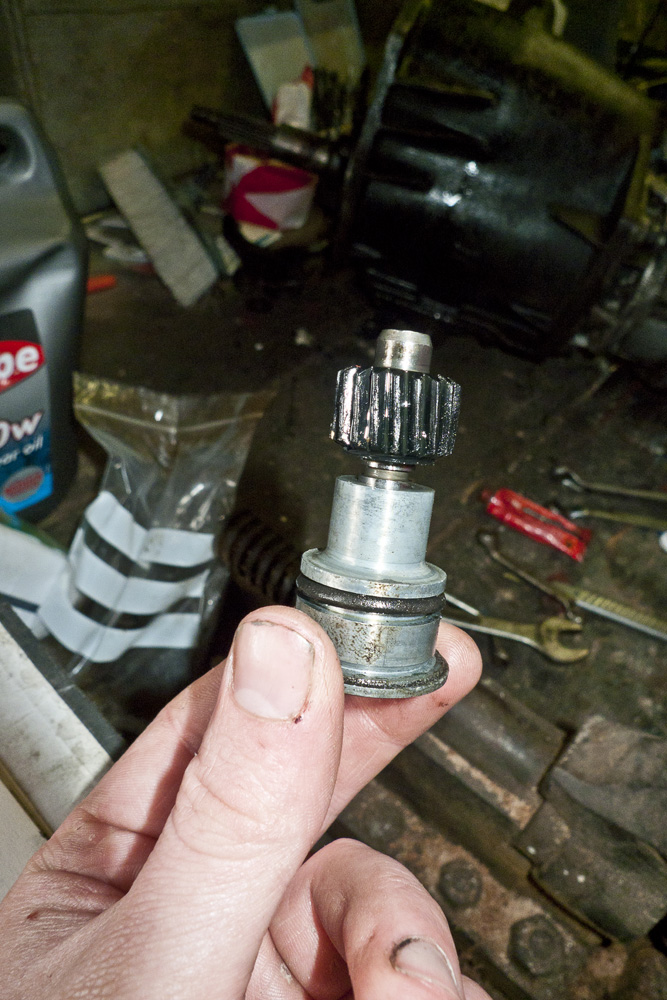 Box on the bench after refitting solenoid and filter. 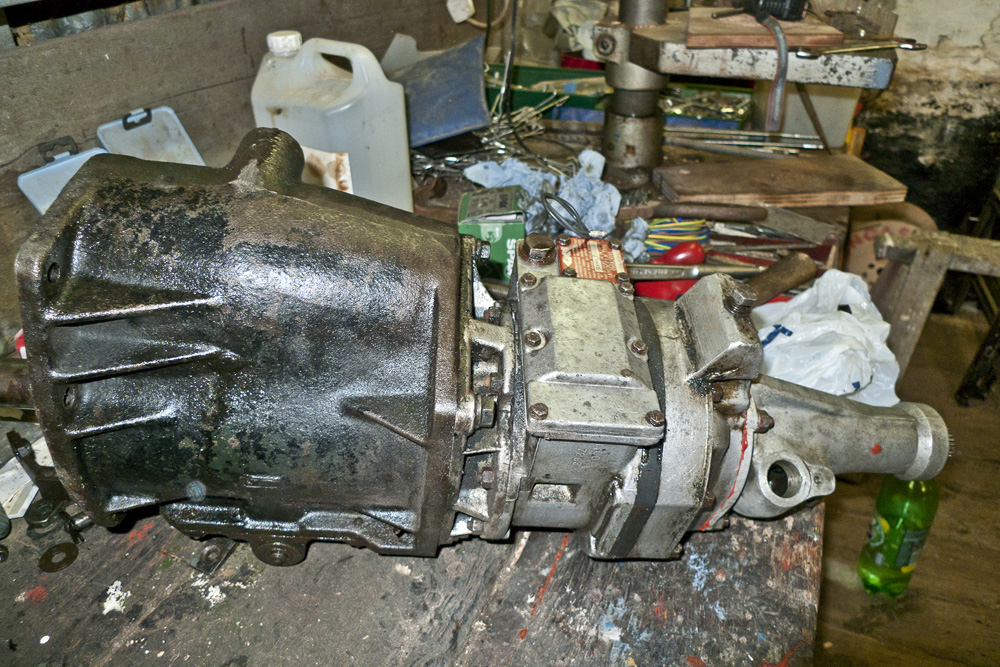 On the way to refitting 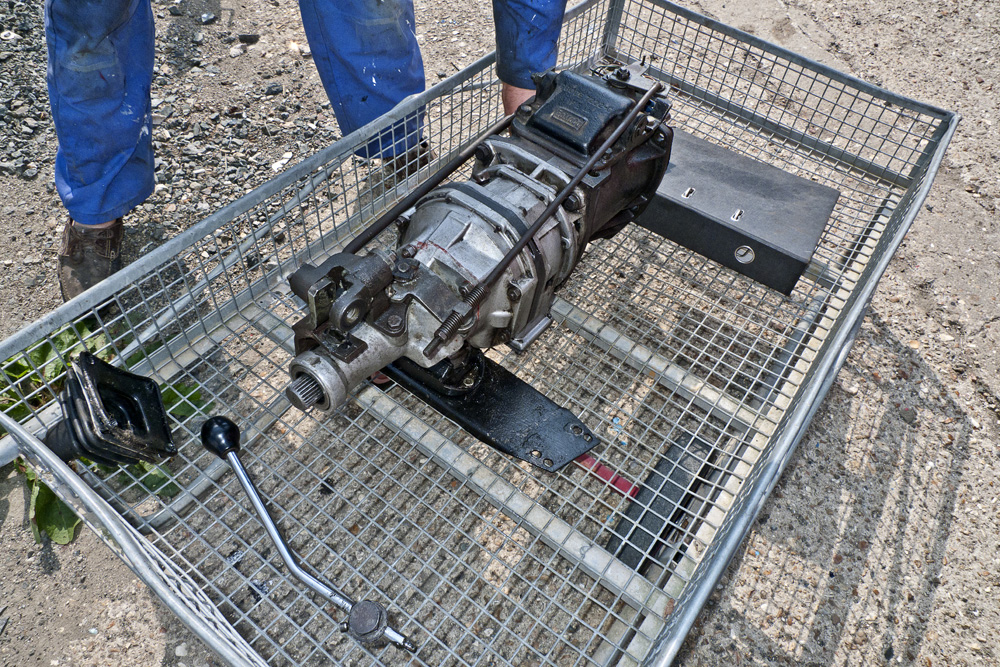 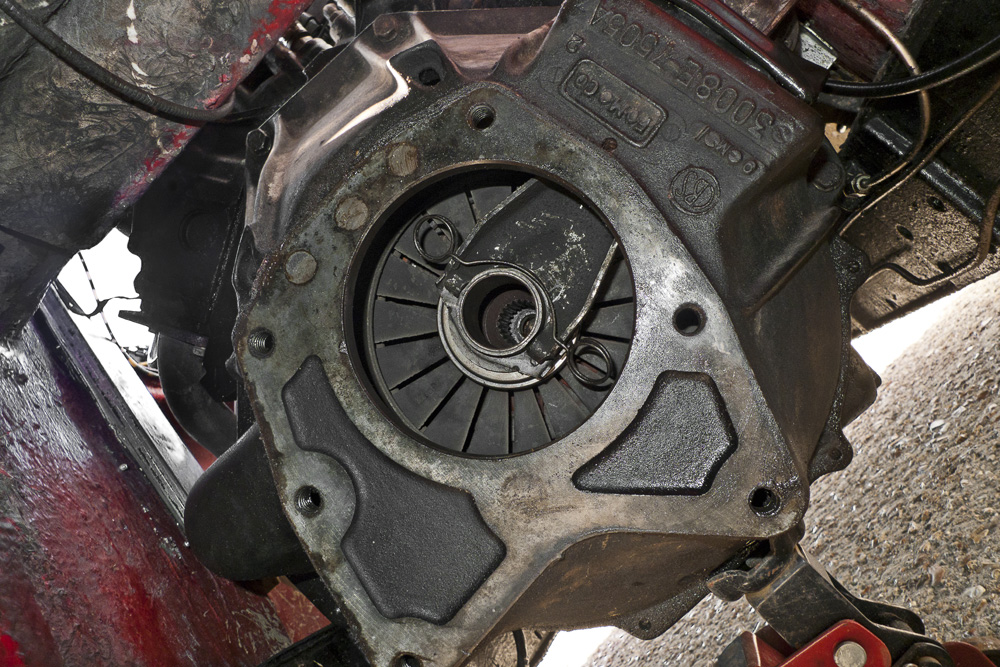 As a result of changing the worn nylon bush and setting the link rods up correctly the gear change itself is much better, previously it had been difficult to engage first and reverse.  There has been a big improvement as a result, It seems likely though that there is still room for more improvement, as the selector forks could also be worn, there was certainly a lot of metal swarf in the filter and visible in the oil drained out of the gearbox.