Few more pictures these show the doors with their frames and glass as well as installing the speakers, waterproofing etc. 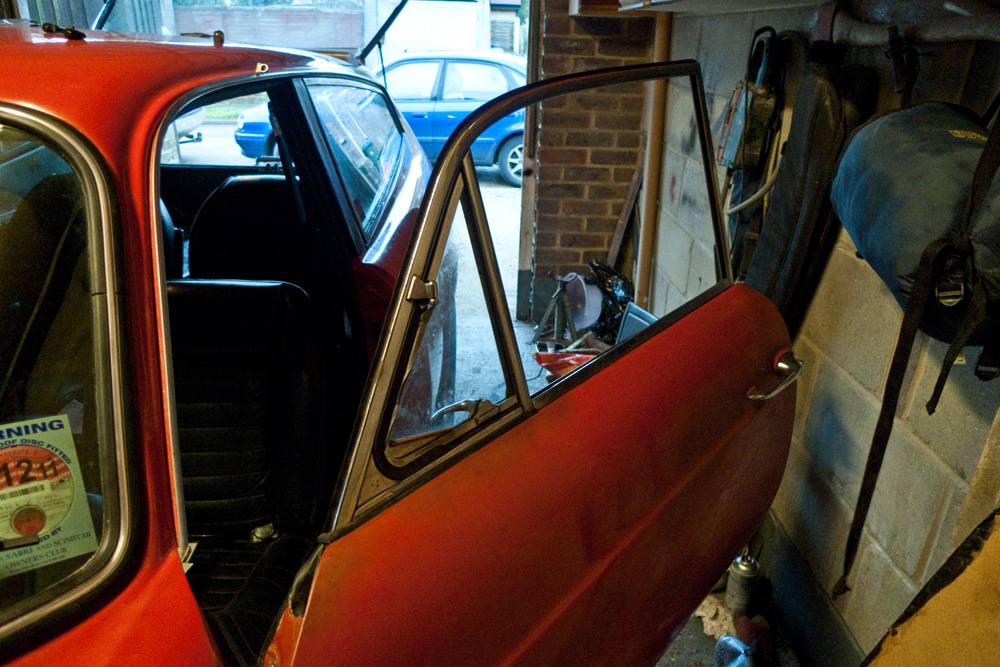 Inside of the doors, We had some trouble waterproofing with the front speakers without causing interference. Though this was cured by creating rainwater covers from plastic bowls instead of using plastic sheet which caused a nasty rattle. 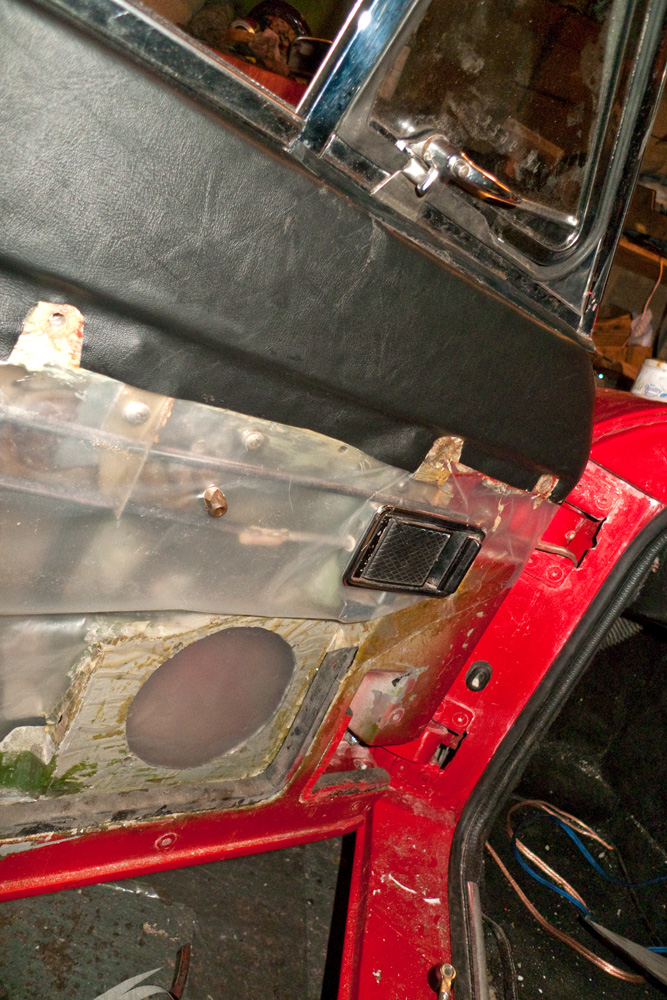 Door with speaker and door arm rest bracket, Thanks to Coco Le Blanc who was able to provide one for the drivers side! 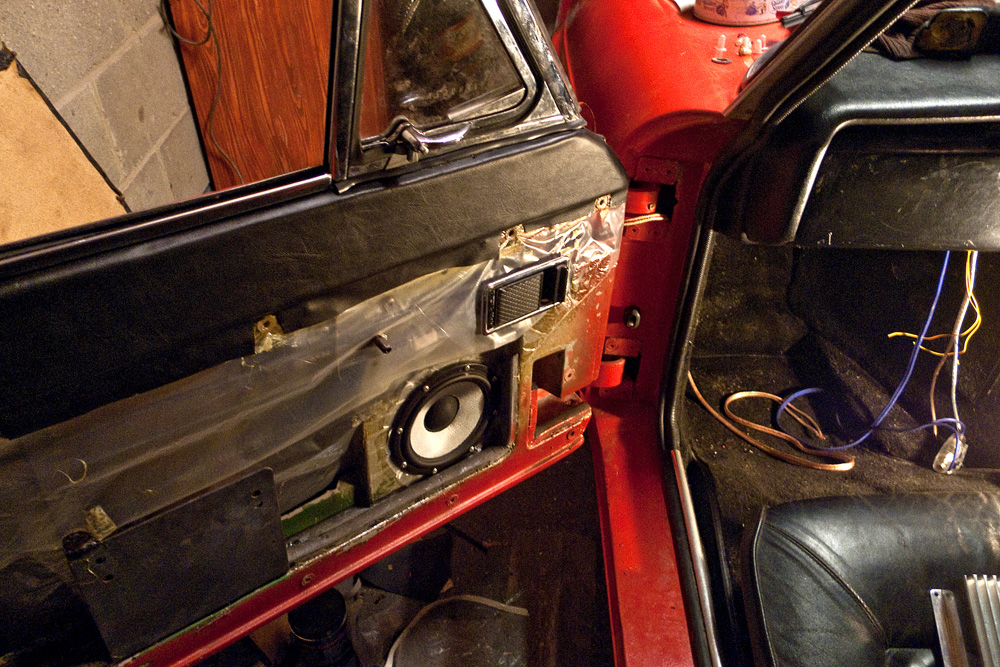 a number of other jobs have also been done to make the car useable, Including changing the gearbox oil seal, Propshaft UJ’s, installing a new starter motor and ignition swich….

So picking up in early December when we were reinstalling the interior. 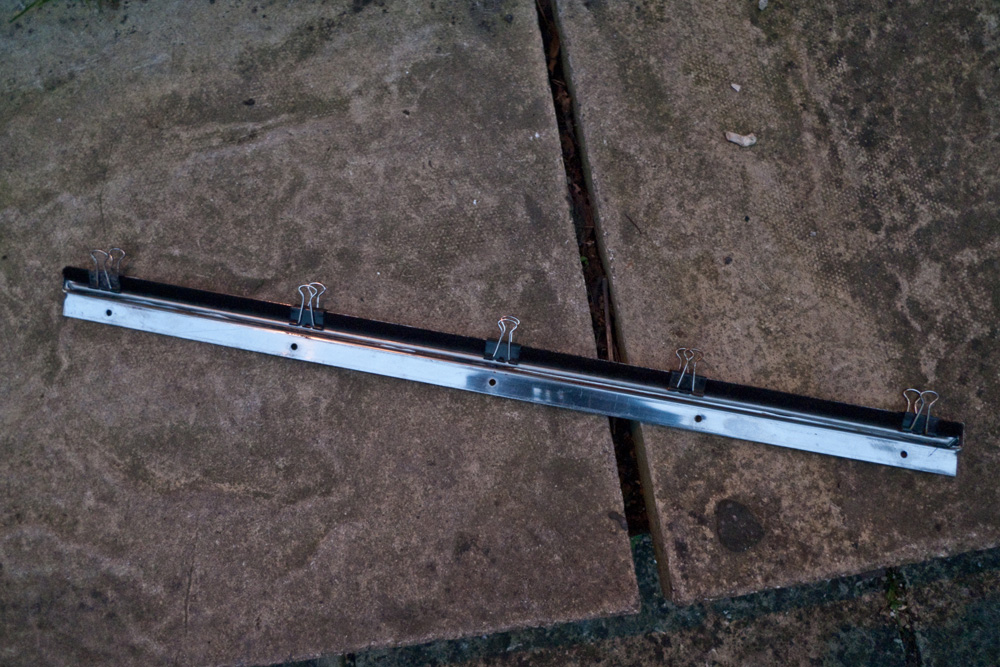 Rear insulation, Doulble thickness in some places in an effort to keep road noise to a minimum. 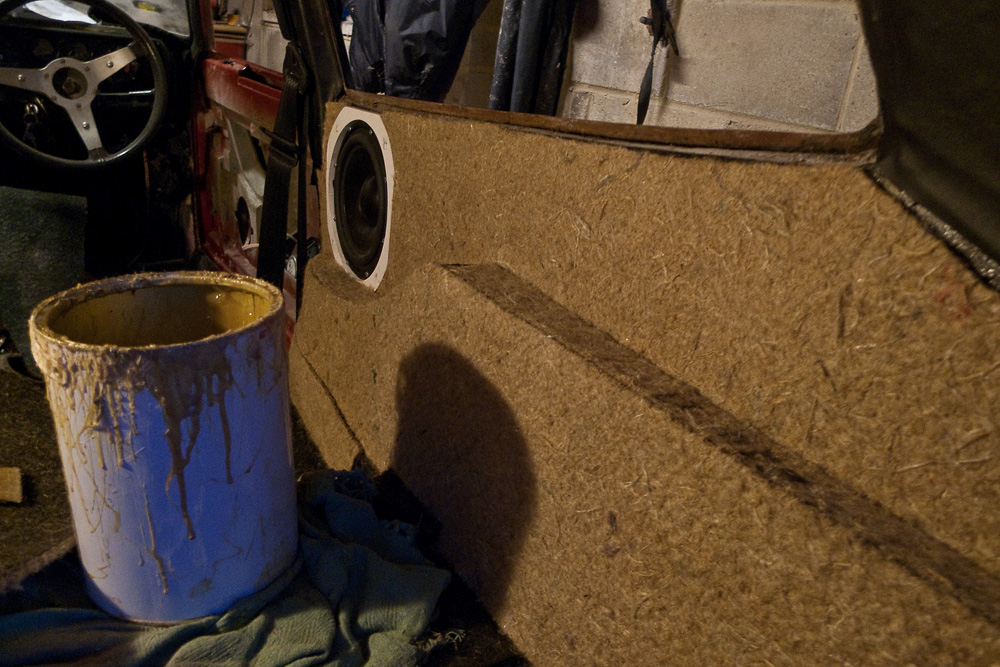 Macrom Morel Speakers – Made in England. Plastic surrounds were cut out to protect the speakers from the side trims. 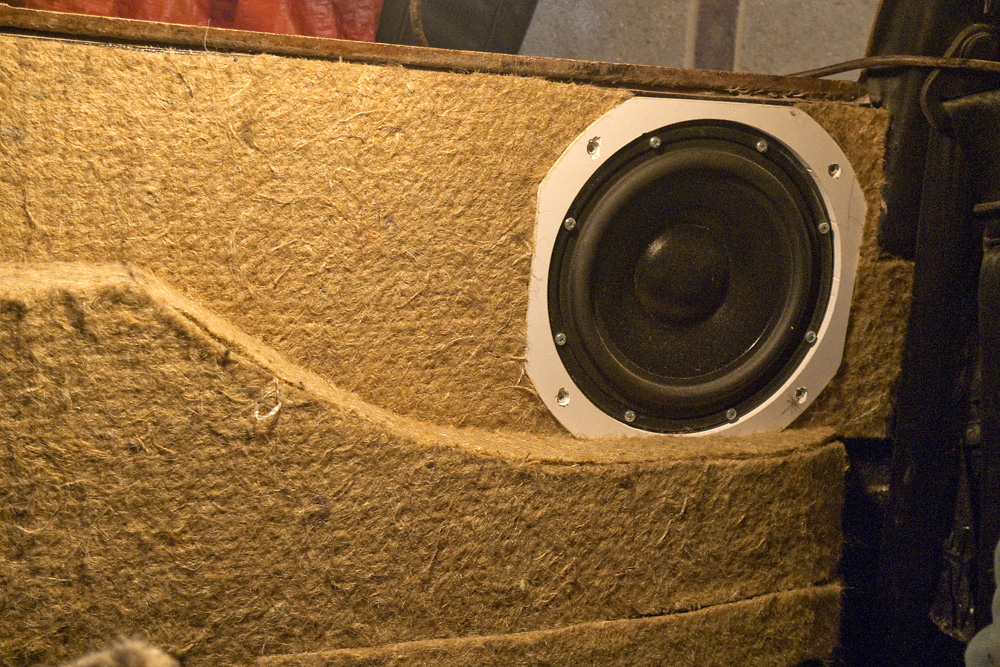 Side trims installed, Note the new covering for the last support rail of the headlining which is still to be fixed down. 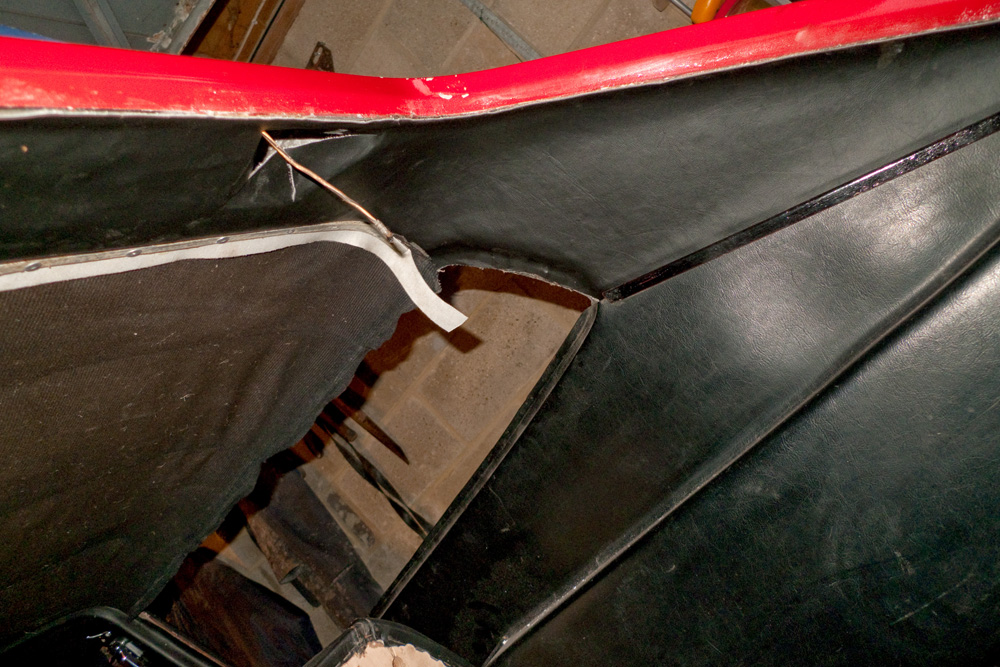 Front seats now in, Everything looks a bit grotty in this photo, as a result of the flash. New grab handles were sourced from a triumph supplier and new interior light lenses. 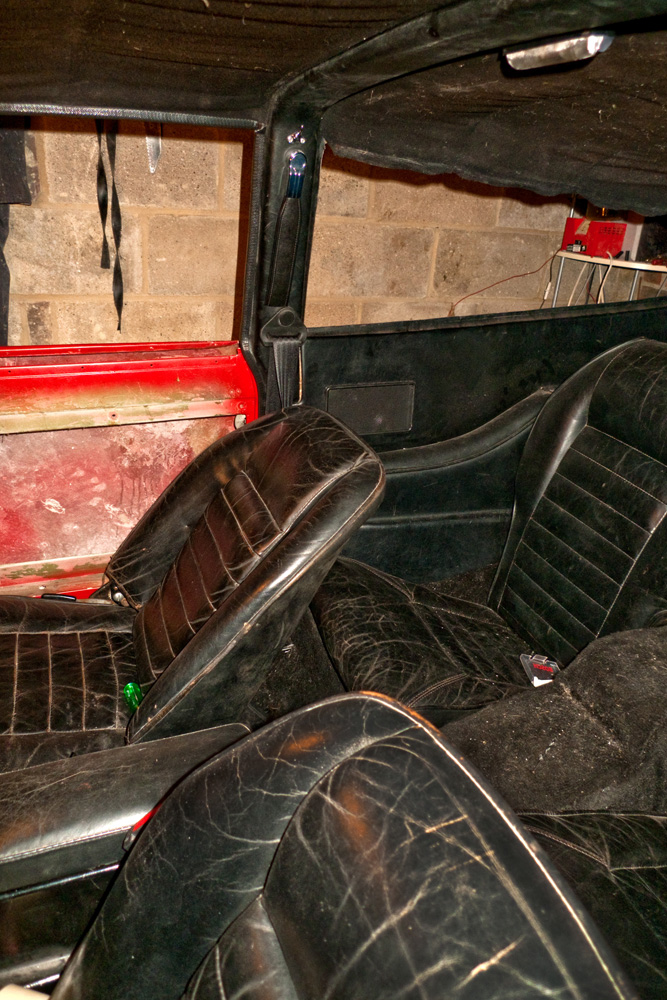 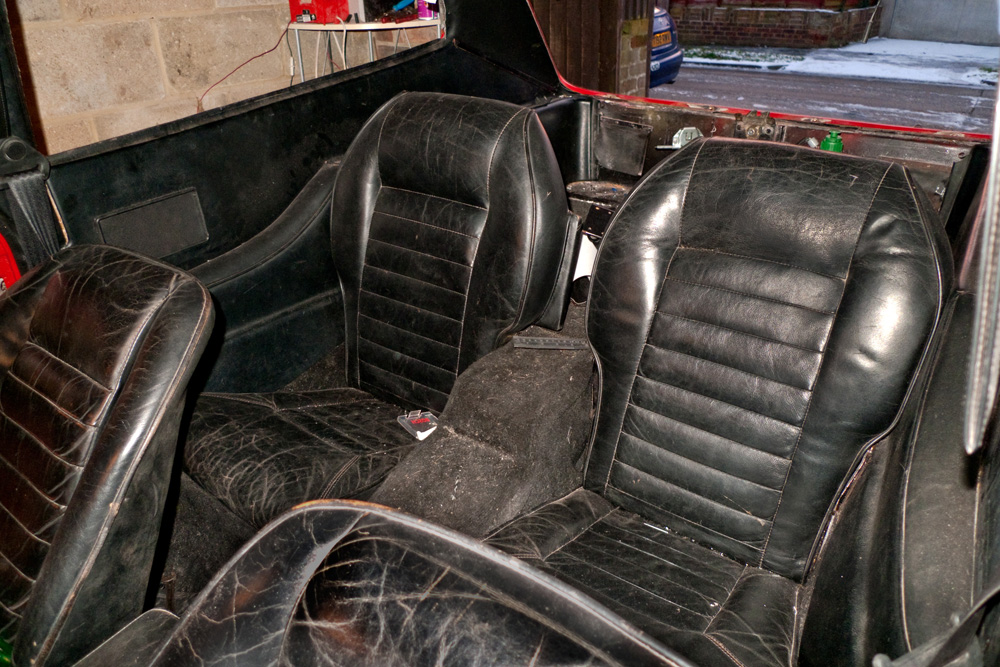 From the rear passenger window, 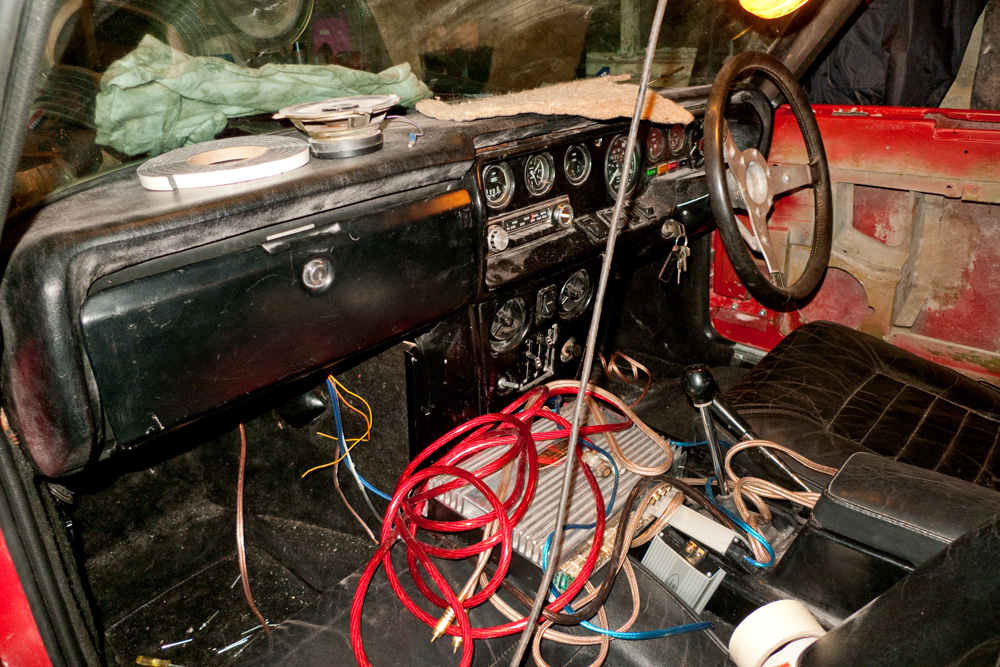 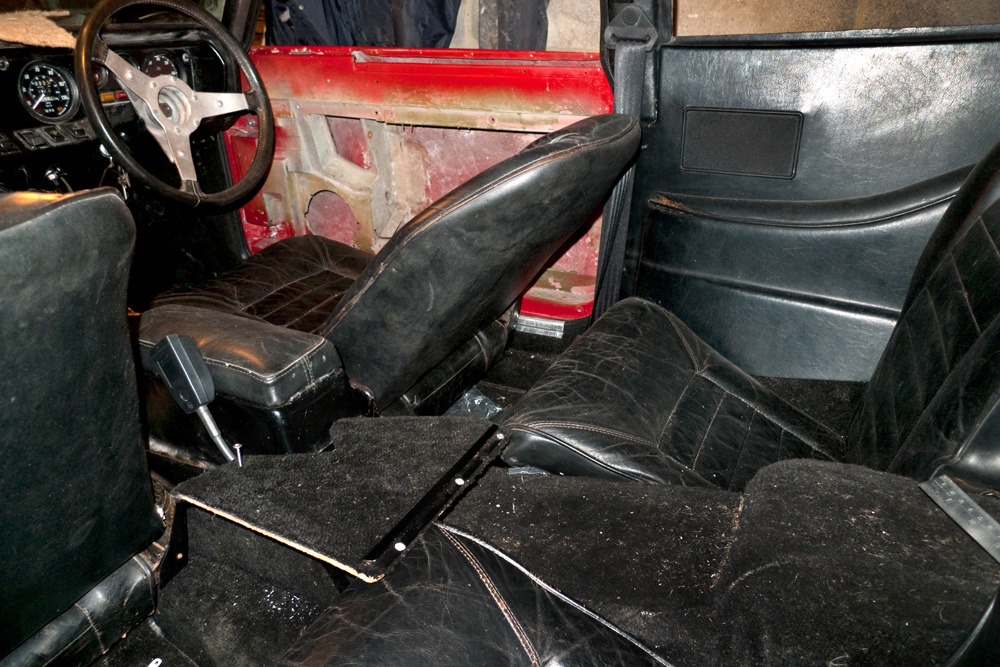 Connecting up kevlar hoses, I”d hoped to get silicone but there was going to be a wait while they were made and I was keen to get the car on the road so decided for all its reported faults to put kevlar on for the time being. 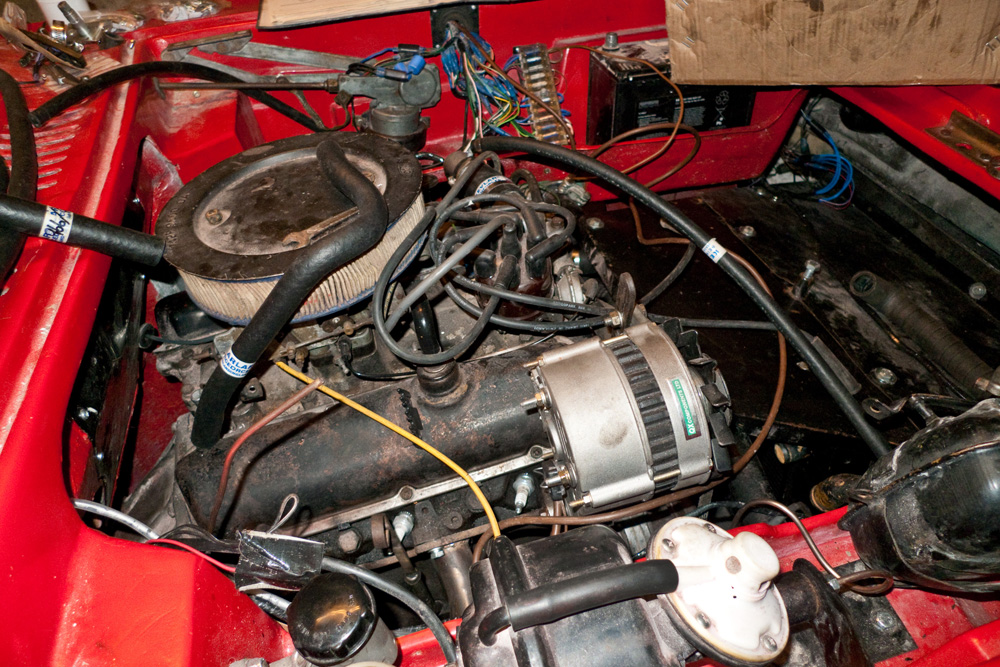 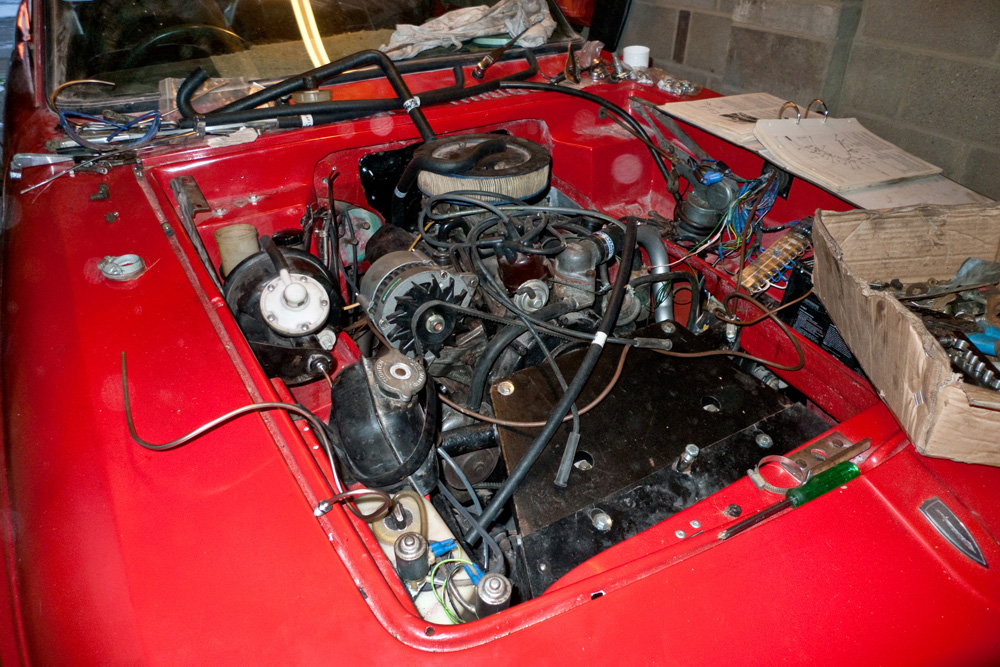 Bedding in new drains on the rear hatch. 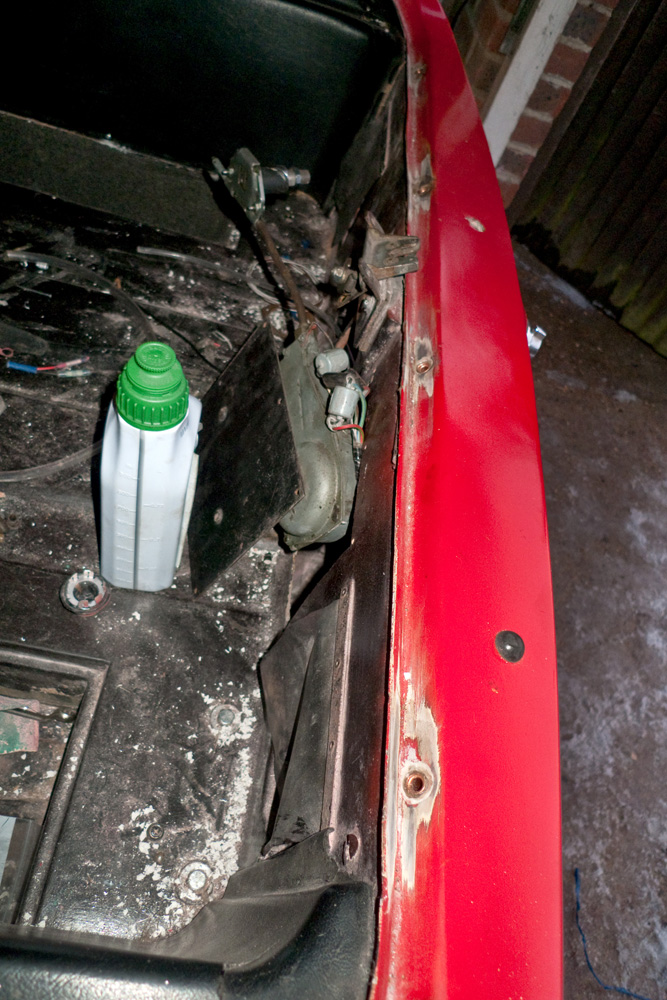 The Vinyl for the roof had to be done twice as the contact adhesive went off too fast the first time, Came out quite well in the end. 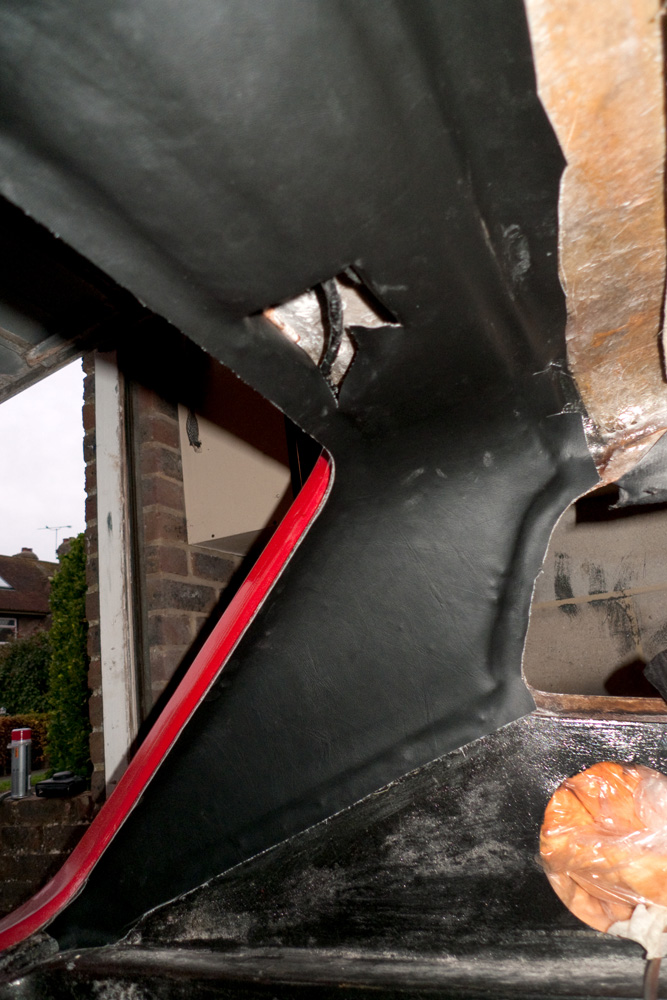 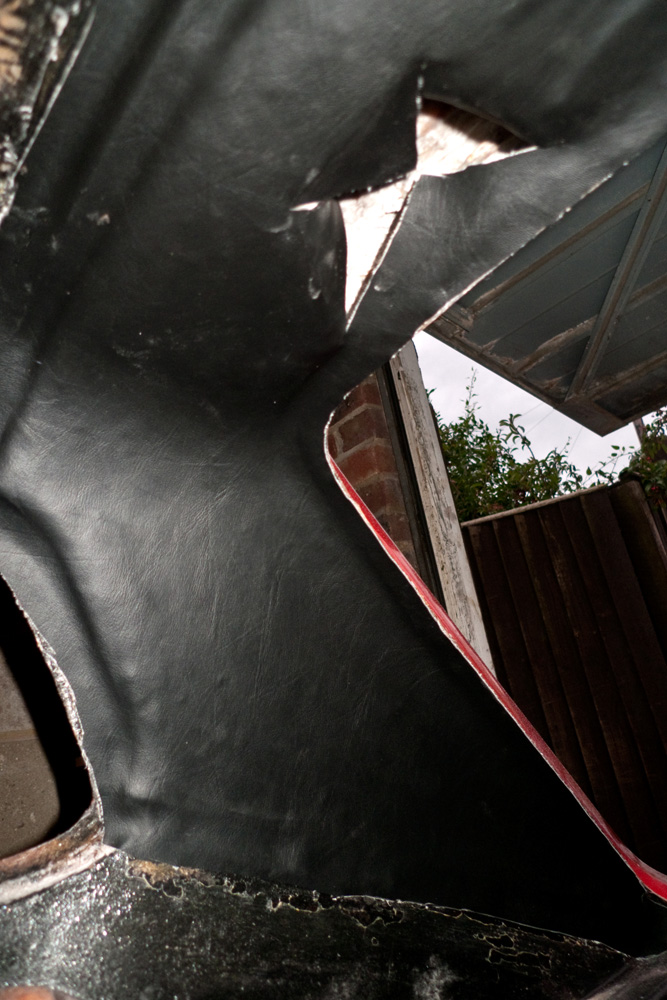 I’ve also modified the glovebox to give a shallower depth. This has allowed enough room behind to fit a Compact 4 channel amplifier. 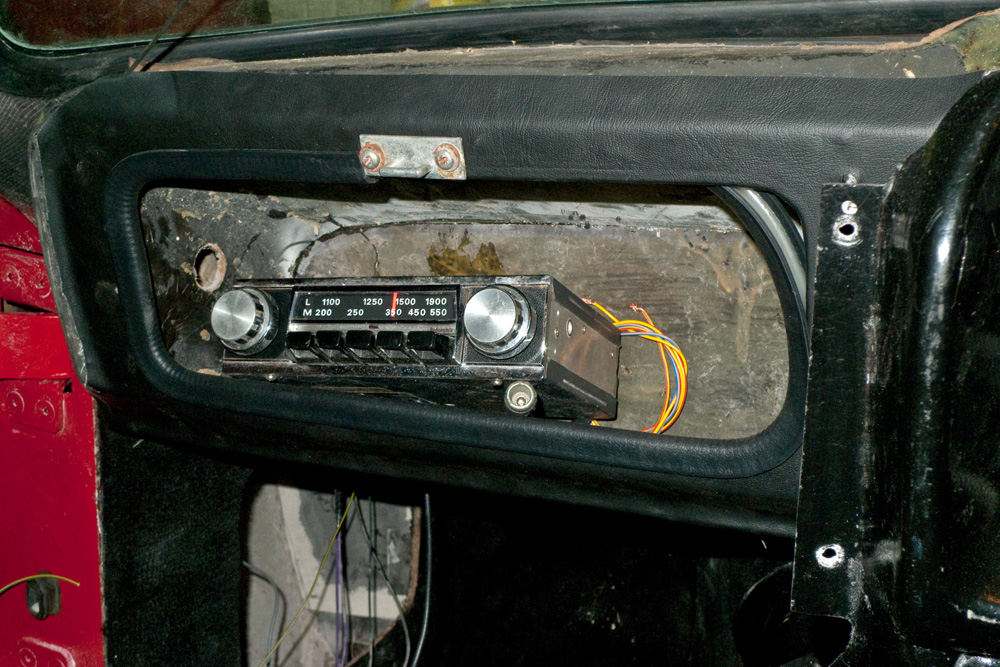 Having missed out on getting a new set of original elac speakers on ebay I decided I would upgrade using all British made equiptment, Amp, Midranges, Crossovers Tweeters, Bass. This will run with inputs from the origonal radiomobile and a jack for an mp3 imput in the glove box. It will all be invisible in the car.

When the subdash was out the vinyl around the glove box and the drivers end was replaced.

While reconnecting the dash wiring (dash came out while carpeting) the radiomobile was shorted out and a choke/interference suppressor on the power supply section of the circuit board caught fire as well as an amplification transistor burning out. The transistors are visible on the outer body of the unit Left hand side but are positive while the case is negative earth. Worth watching out for as shorting them out is a significant fire risk. I was able to get a replacement transistor on ebay and replace the damaged one, the choke was replaced with a wirewound power resistor.