I finally decided to repair my original axle, which was suffering from a severe case of bracket rot. I have got another axle donated by dead scimitar which I intend rebuild in the future, but i decided fixing the existing one would be a quicker way to get the car fit for the road.

Trailing arm axle brackets seem to be a bit of a rust trap on Scimitars and quite a few seem to require replacement. Both QRG and Graham walker sell them but they are not cheap as there is a reasonable amount of fabrication involved in their construction.

Thanks go to Dave who pretty much did all the work shown in this post. 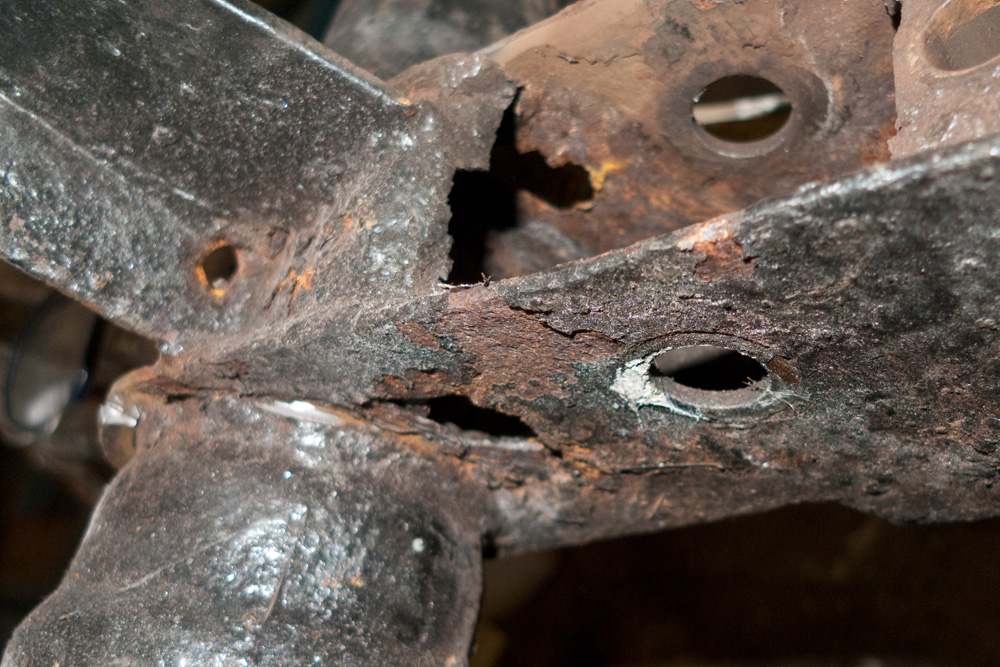 Size difference between the qrg replacment and the old one. 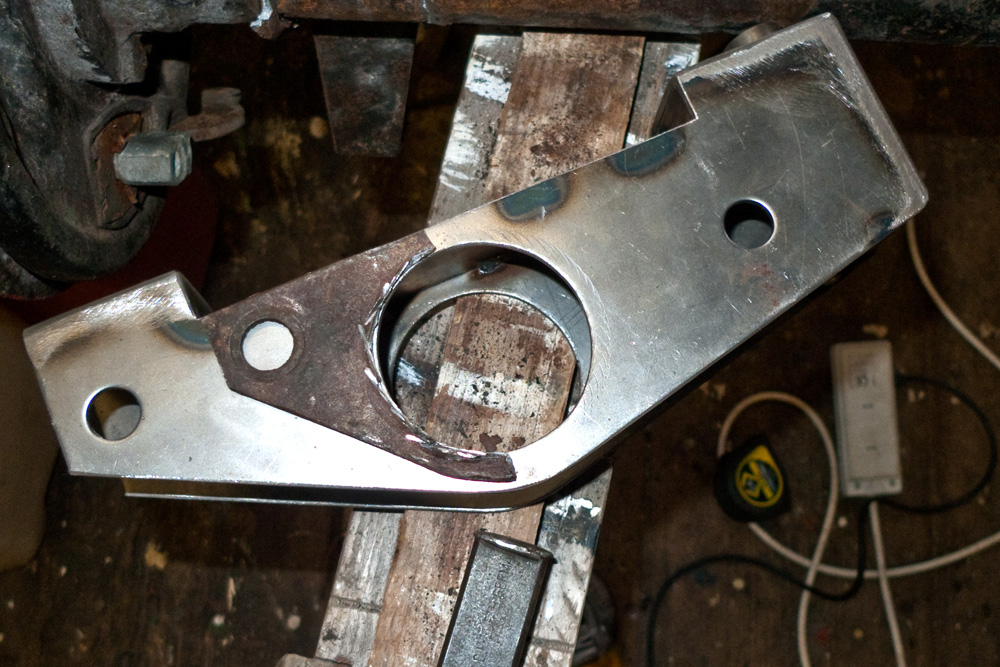 Removing the old one: 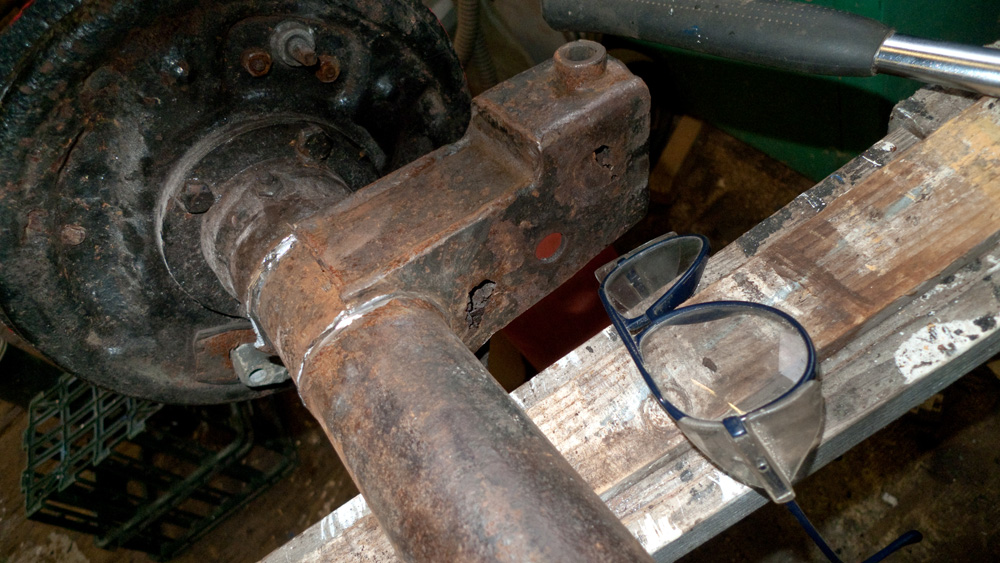 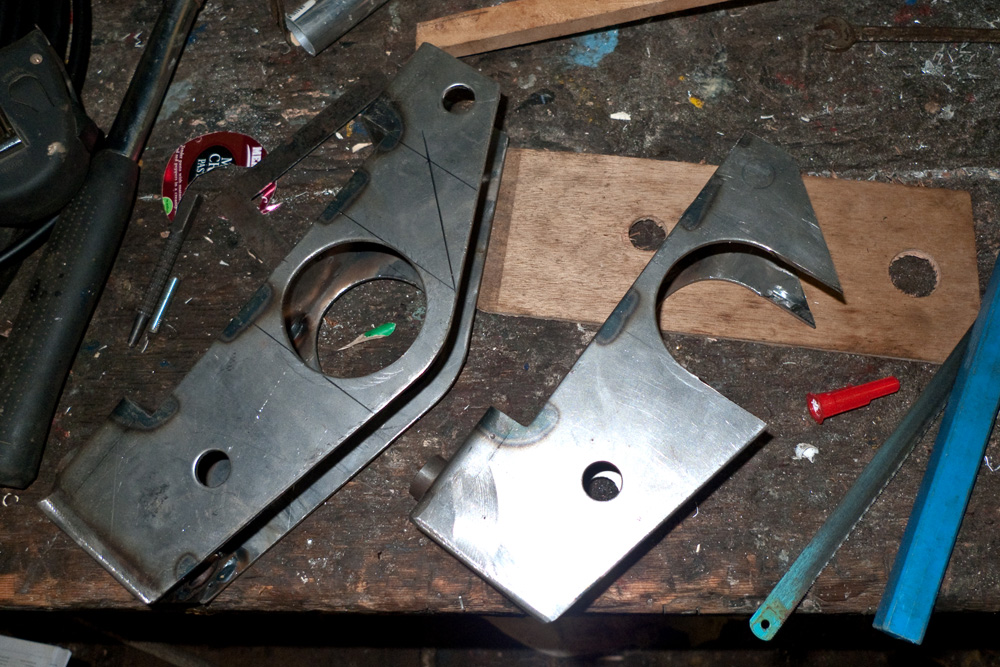 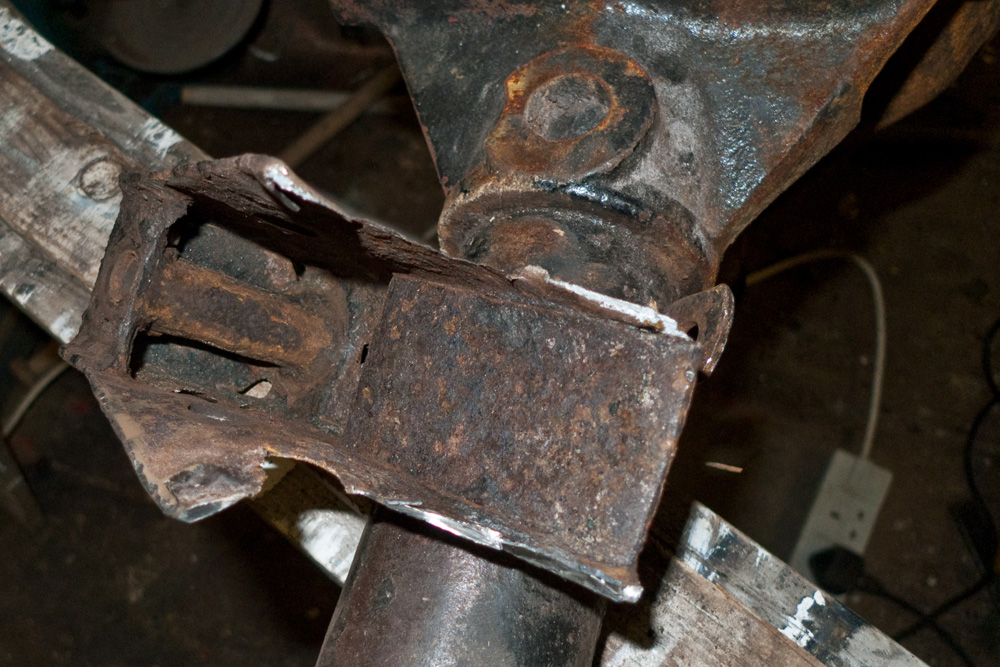 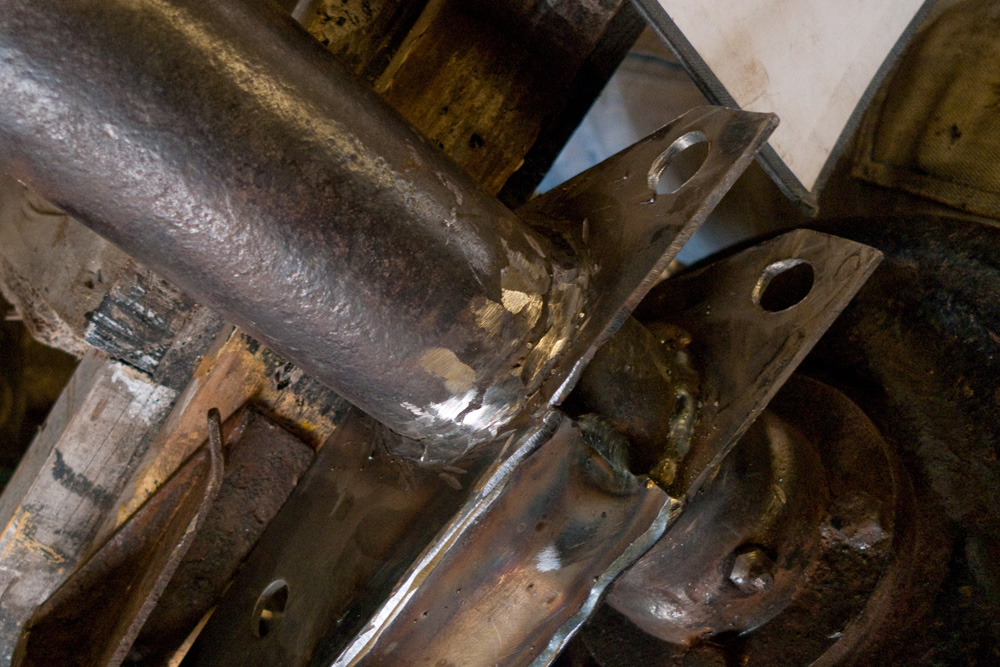 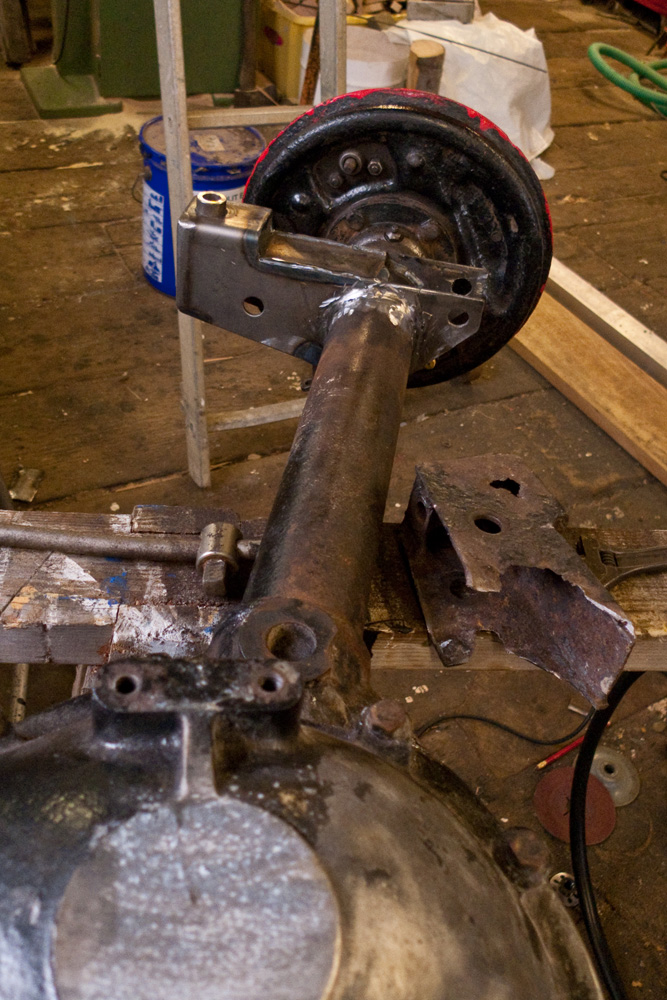 Axle after a coat of zinc rich paint, 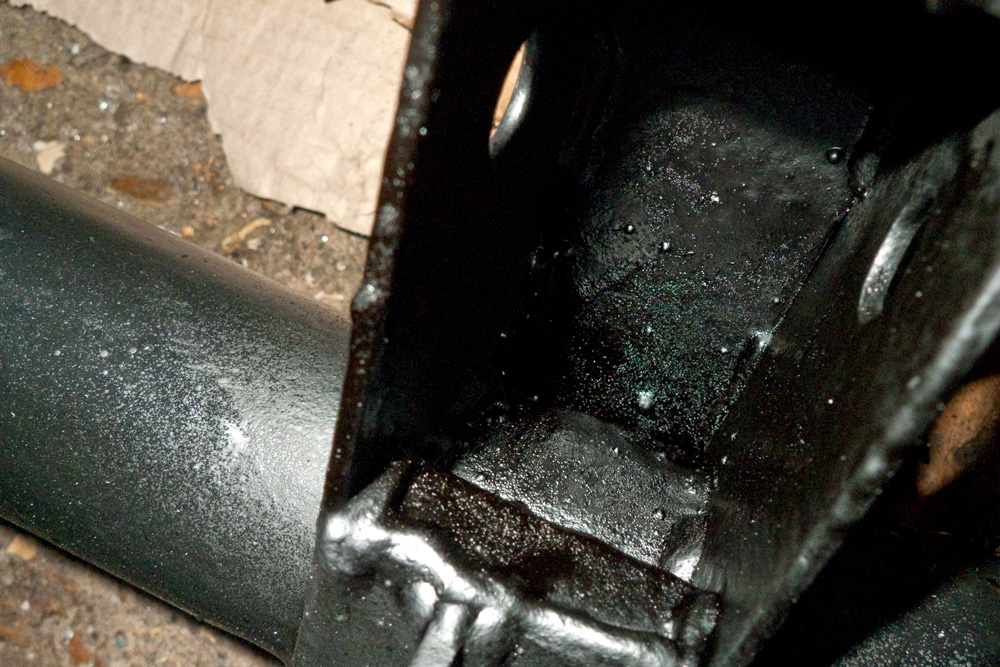 I’ve gone for a different drain hole in the hope it will drain better this time and help prevent future corrosion. 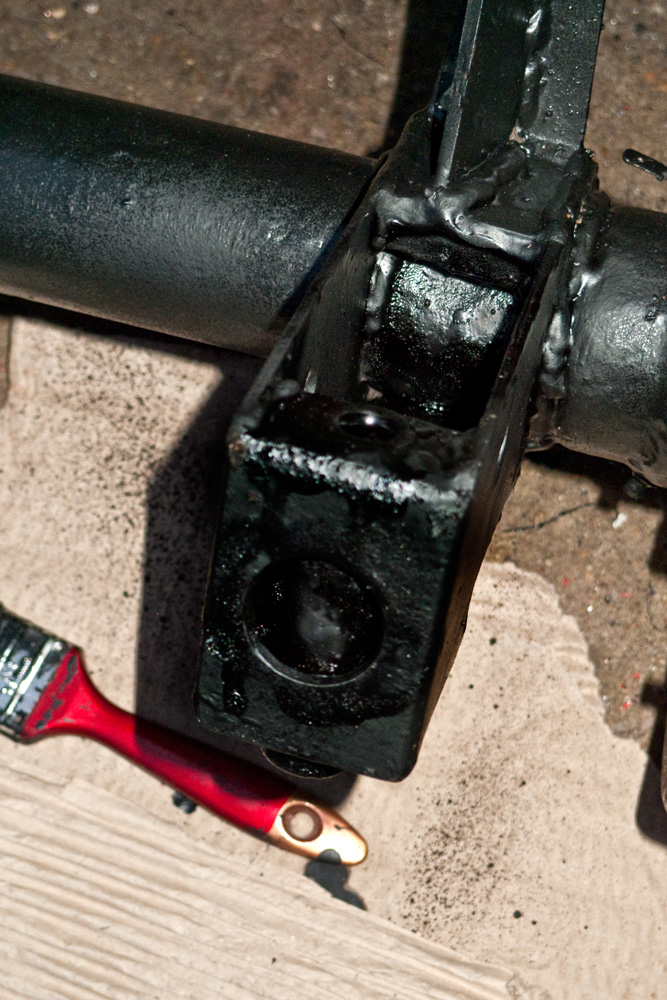 The axle is back on the car with new shocks,

Finally a random photo showing the Fuse box back in place and loom all reconnected. 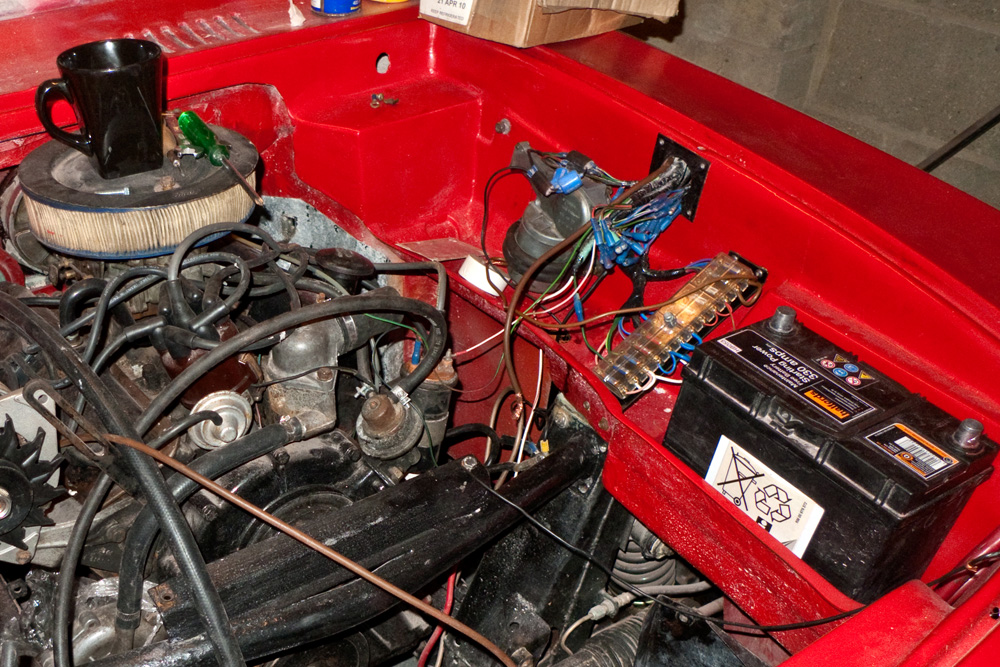