Having replaced the stem and satisfied myself that the underwater section of the hull was in good shape thought turned towards getting the large hole where the foredeck was supposed to be sorted.

Another chunk of rainforest was ordered, several cubic feet of which can be seen in planking form sat on the floor of the forecabin: 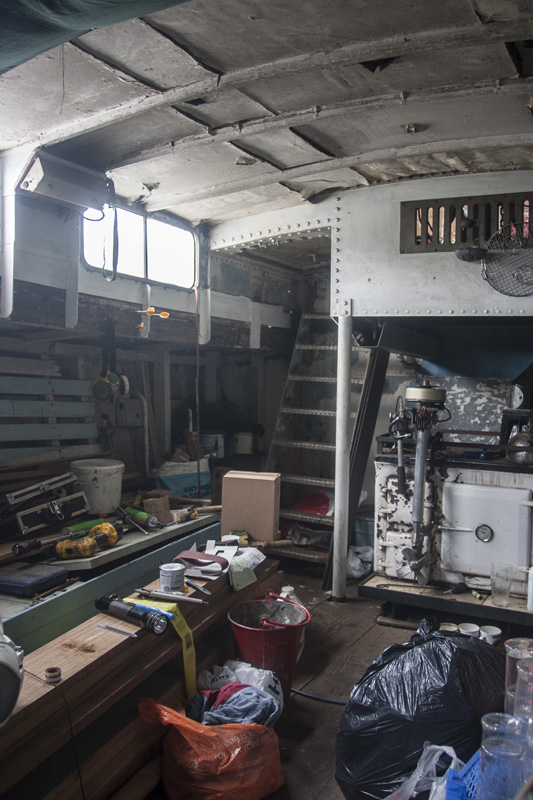 A section of the teak planking on the port bow had been replaced in the past with Iroko as part of what appears to be a very large accident repair.

The badly replaced deck fitted in the 90′s had allowed freshwater to run into the end grain of this planking and caused a fair amount of rot.

The hull itself is “double diagonal” construction with two layers of 15mm thick planking run at 90degrees to one another with calico inbetween, then fastened with thousands of copper rivets.

Luckily the areas I needed to replace were mostly short lengths and there were existing joins hidden behind the rubbing strake, Here you can see some new timber as well as a section where i’ve stripped the rotten planking off: 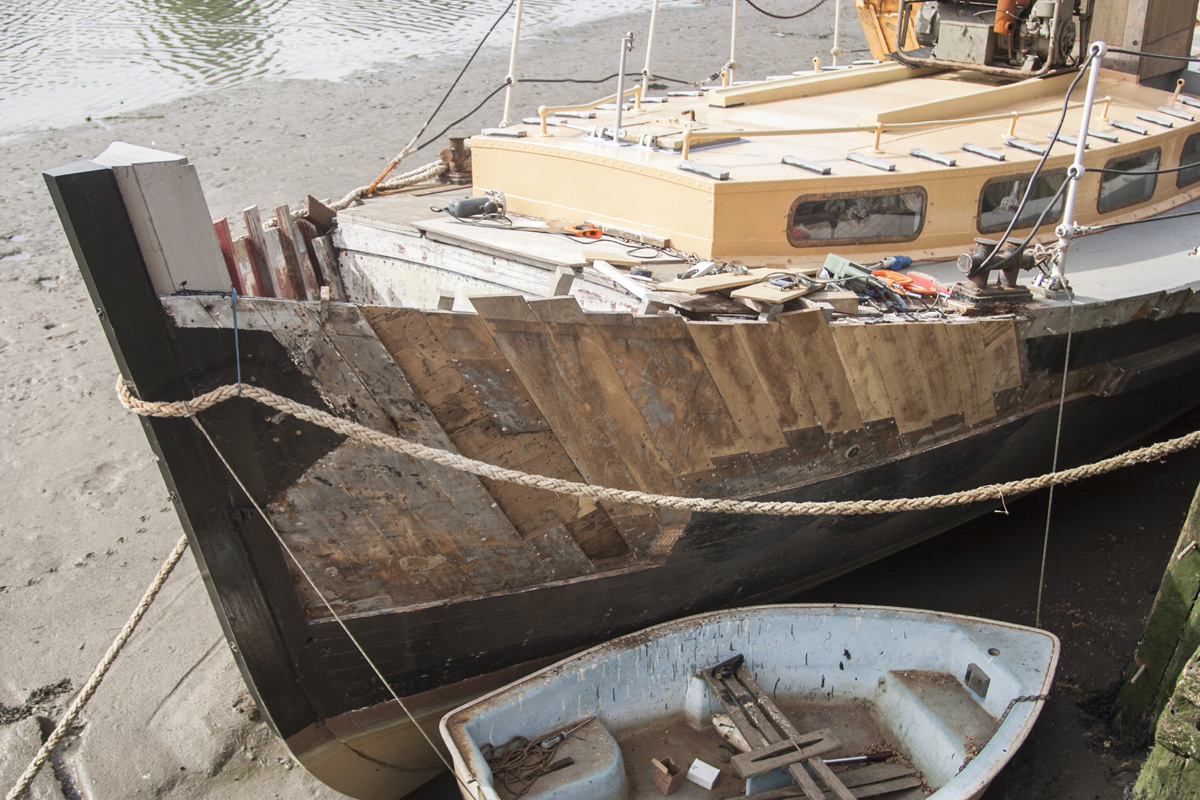 This is where modern glues and adhesives really simplify the job – these short lengths are bedded onto polyurethane rather than calico, the scarfs are epoxyed and eventually get sandwiched between the rubbing strake on the outside and the stringer on the inside: 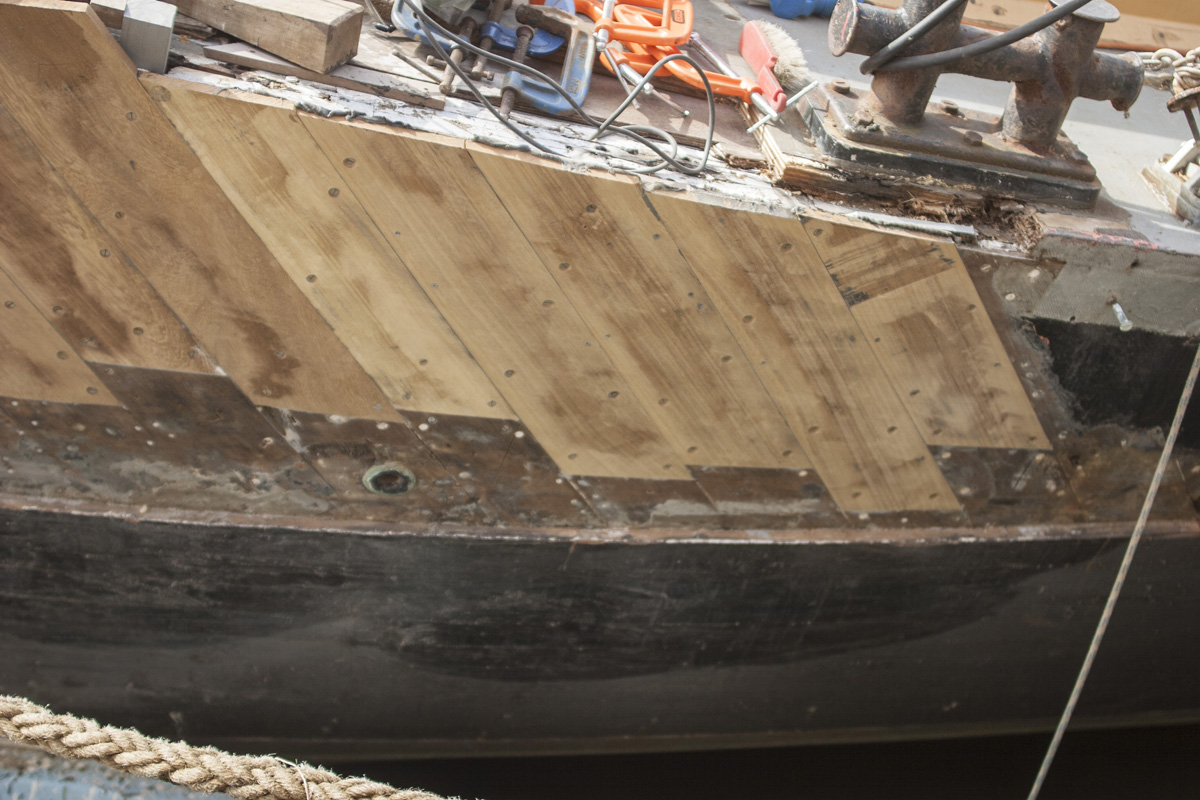 At this stage I had to remove the handrail stanchions and bollards from the deck and strip off the remains of the rubbing strakes so I could replace the stringer inside: 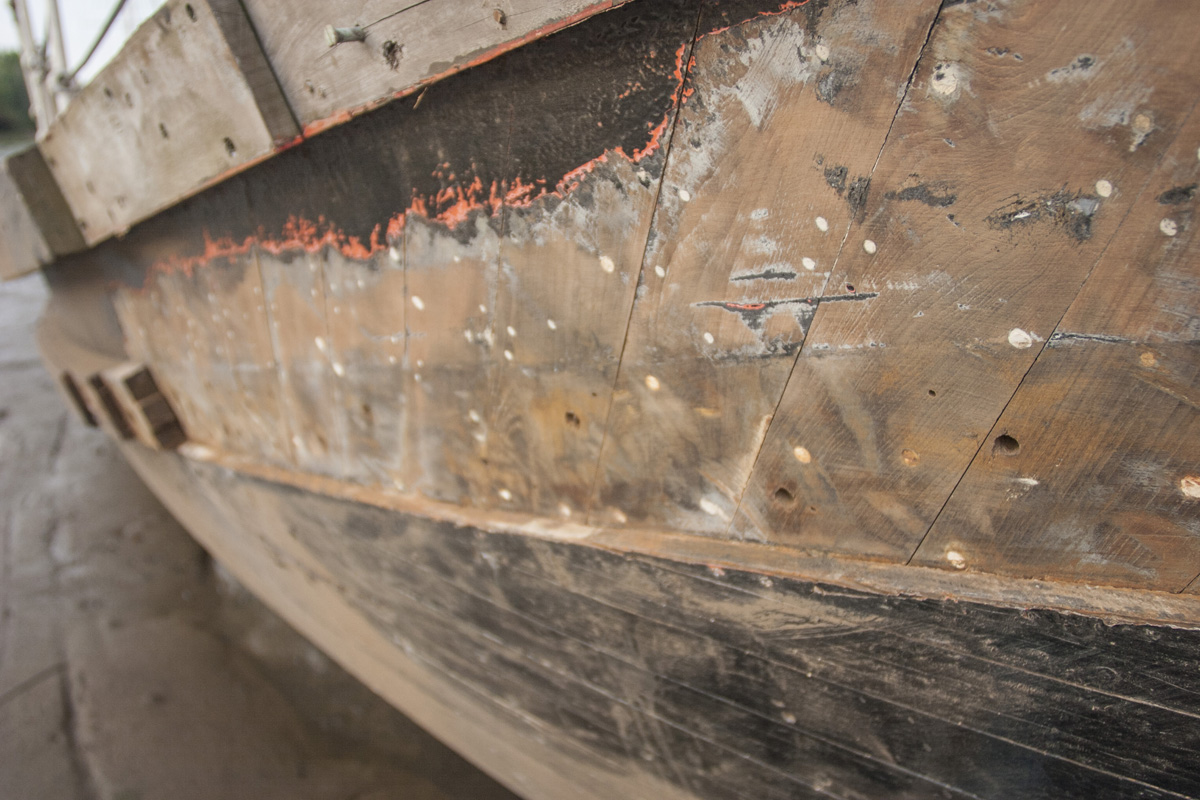 With new stringers fitted the lower rubbing strake was replaced – this is through bolted to the stringer with m12 stainless bolts at 11″ centres: 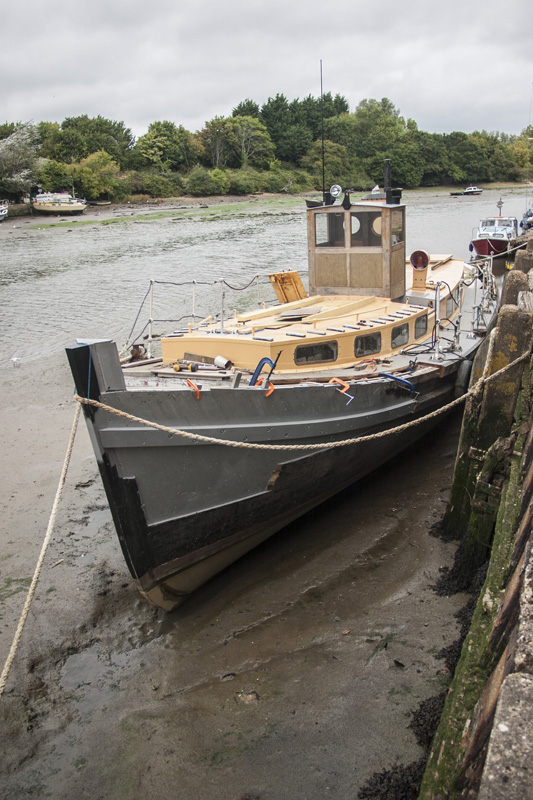 The beamshelf which attaches the deck and hull together turned out to be badly rotted so I cut back the deck to gain access for replacement: 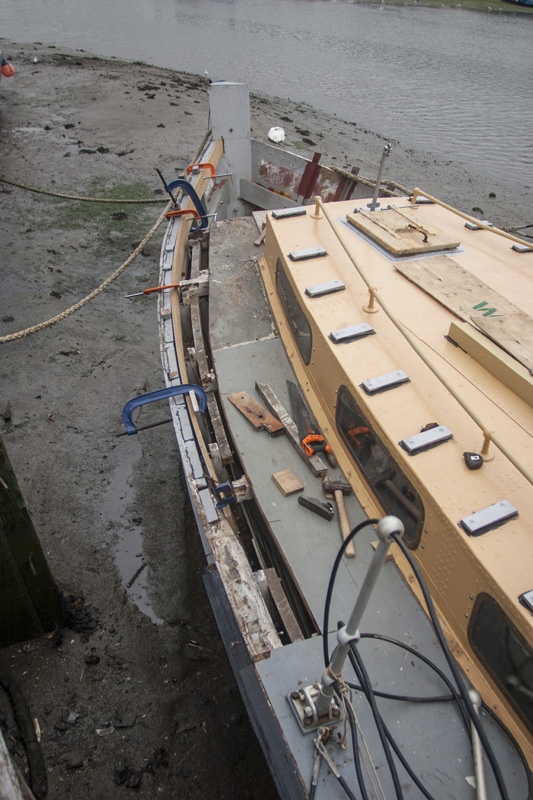 Showing the first 6″x1″ laminate being dry fitted – note the new stringer and rubbing strake bolts just below it: 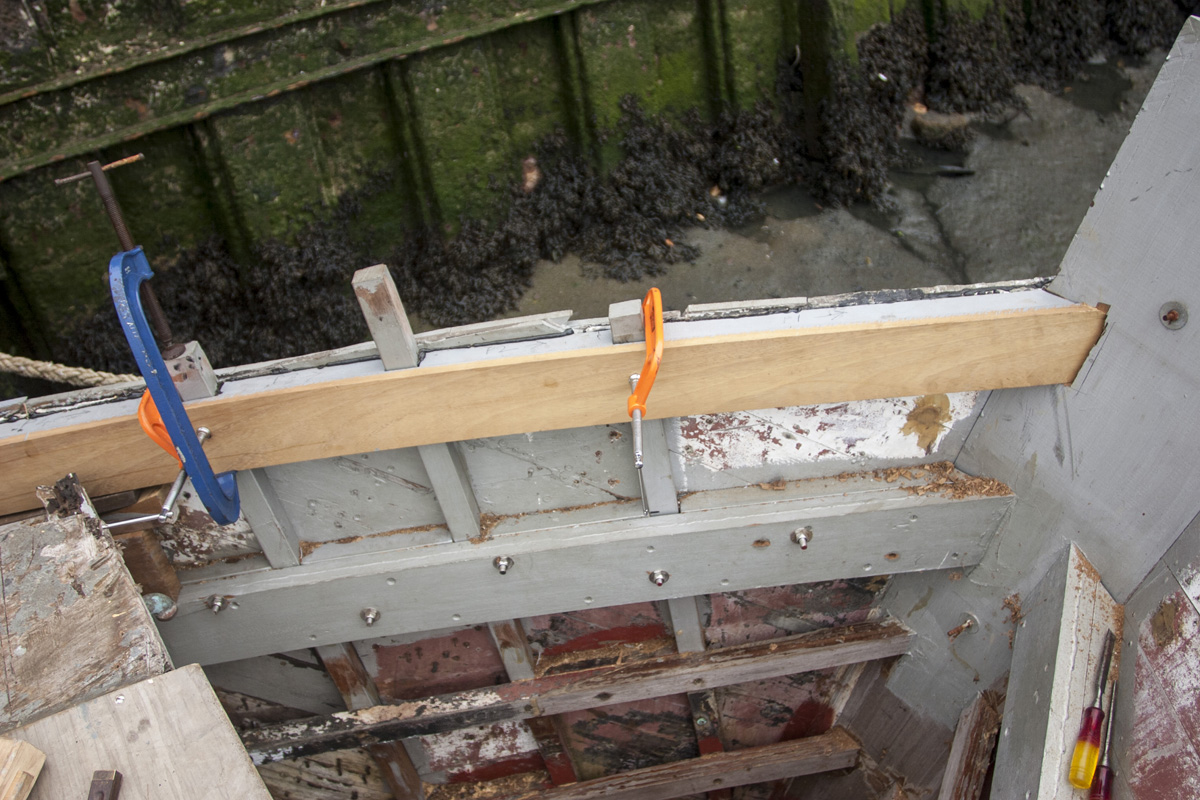 16ft lengths of planking were used: 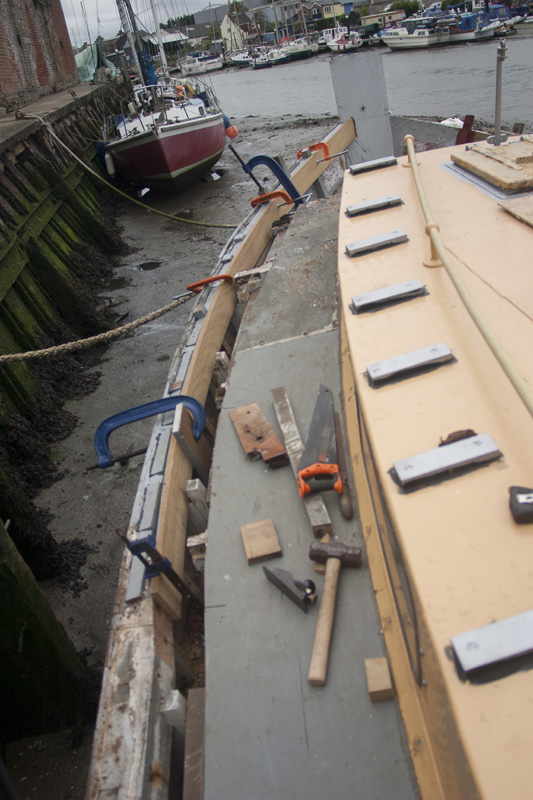 These photos show the process on the starboard side -

First the rubbing stake was replaced and through bolted in order to keep the shape of the hull when the deck and beamshelf are cut out.

The hull planking is fairly flexible and its the frames, stringers etc that help it hold its shape.

Once the old beamshalf is removed new packing blocks are fitted between the frames, these are 2×6″ iroko and bedded on polyurethane adhesive/sealant: 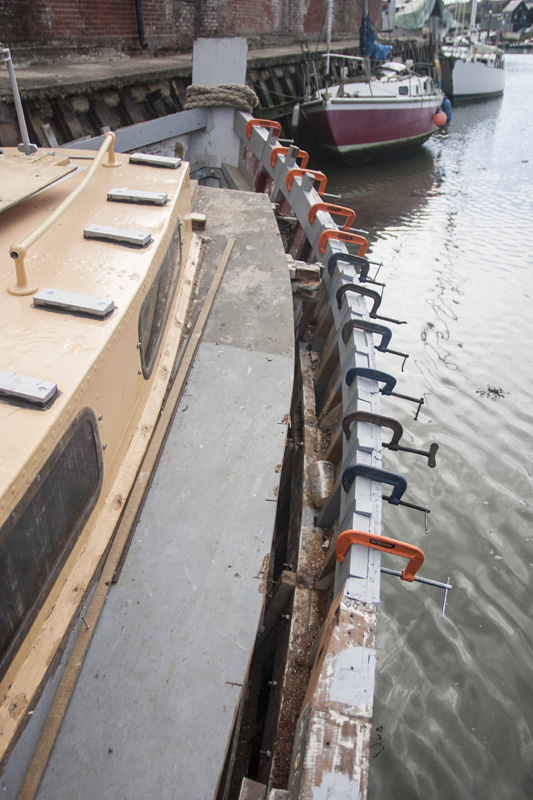 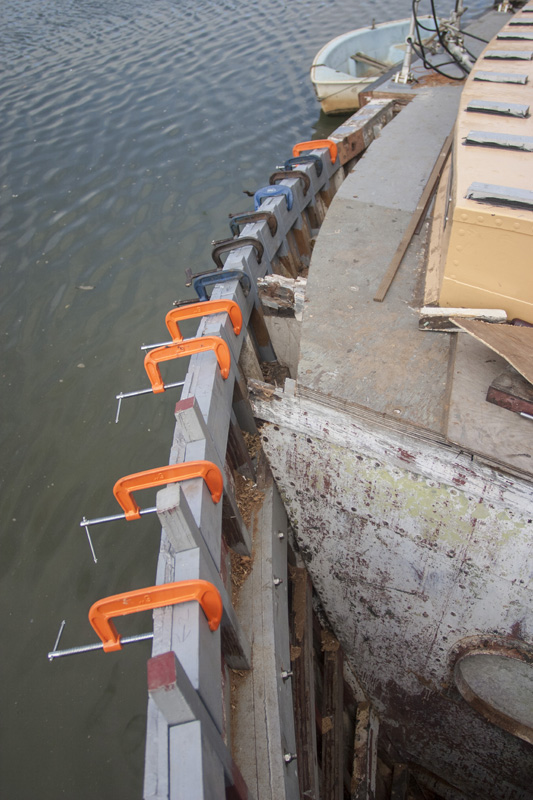 Then two laminates of inch planking are glued in and the whole lot is planed of to match the angle of the deck: 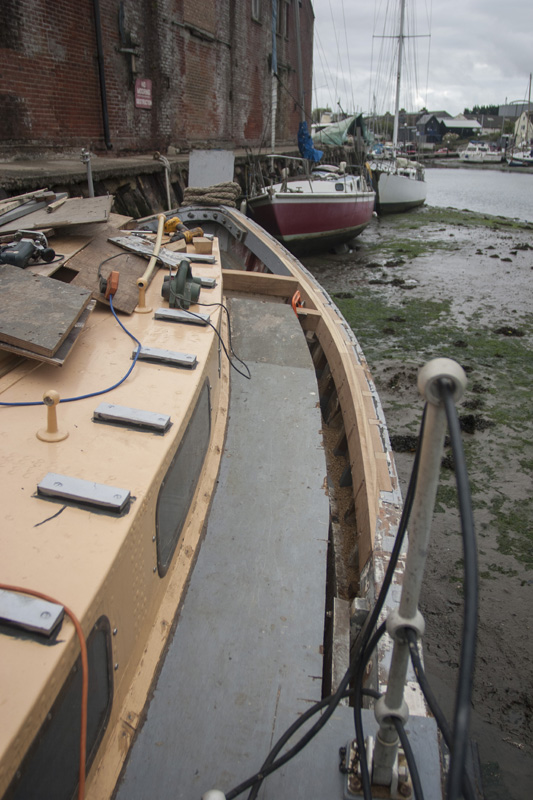 The original steel knees/breasthooks were cleaned up and refitted with m20 bolts: 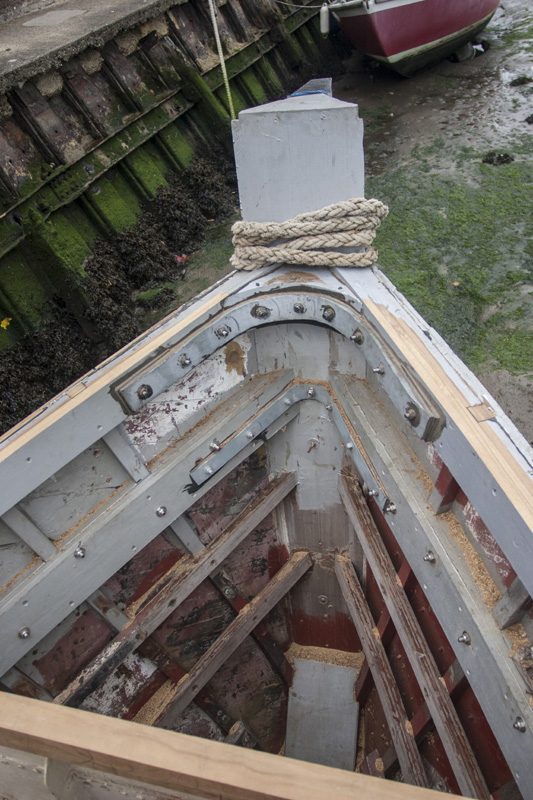 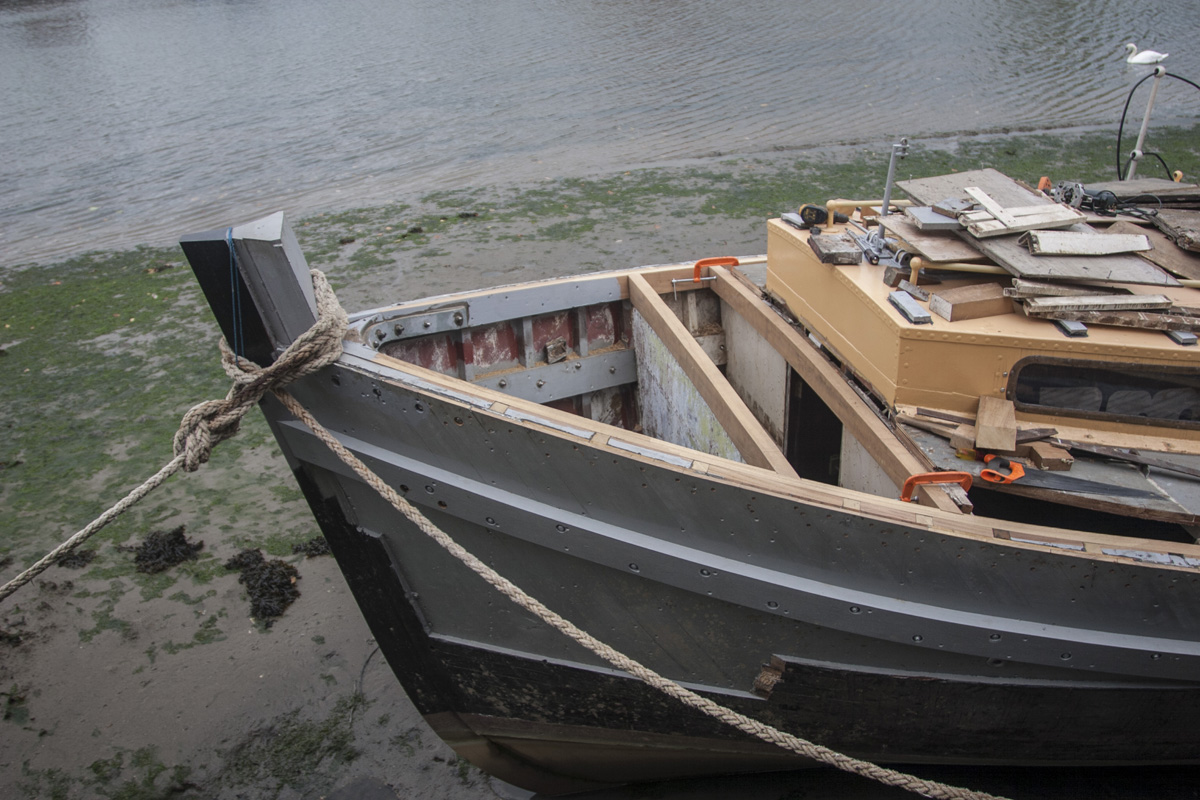 The deck was trimmed back slightly more in order to replace a short length of the carlin which joins the deck and the cabintop together: 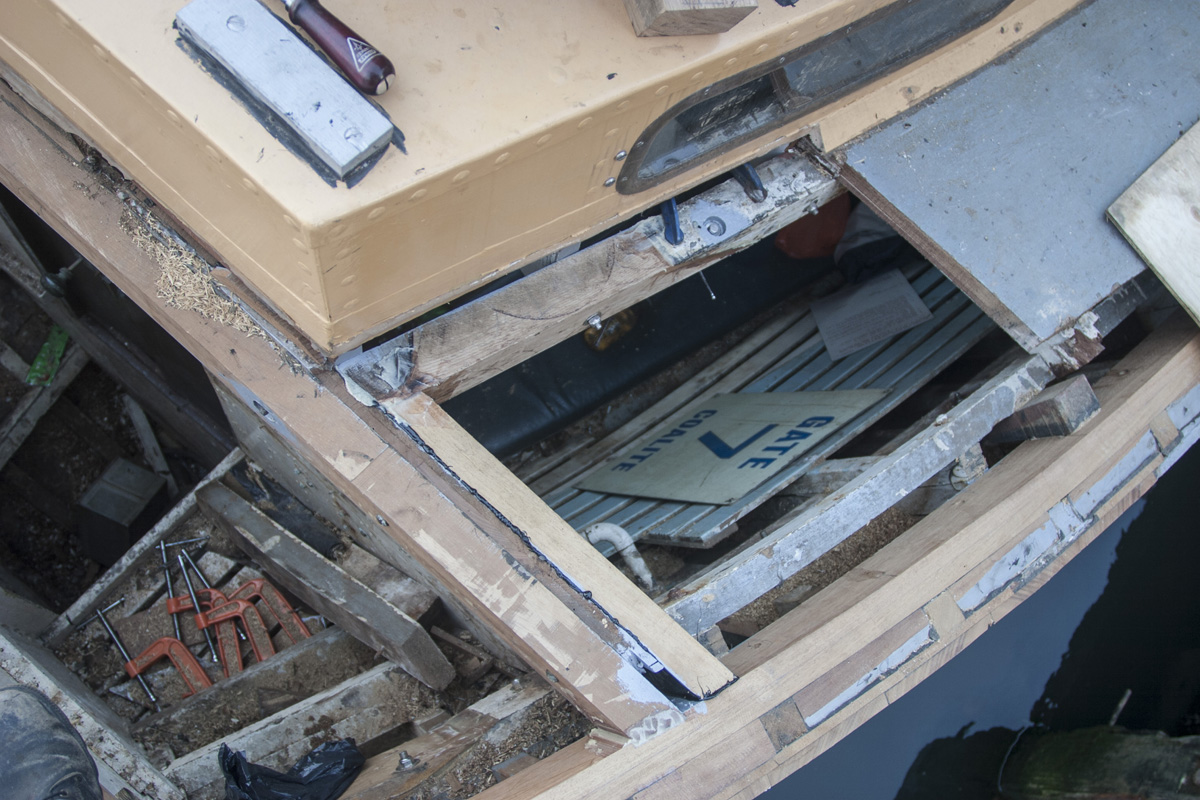 I’d got a very good deal on enough 2″ marine ply to replace pretty much all of the sidedecks at £50+vat a sheet as opposed to its list price of over £340 it was too good to miss!.

The foredeck and the very forward section of the sidedecks has quite a bit of camber (curve) as the 2″ ply is incredibly stiff (32 laminates of gaboon with less than 0.01% voids) I decided to laminate the foredeck out of two layers of inch ply. 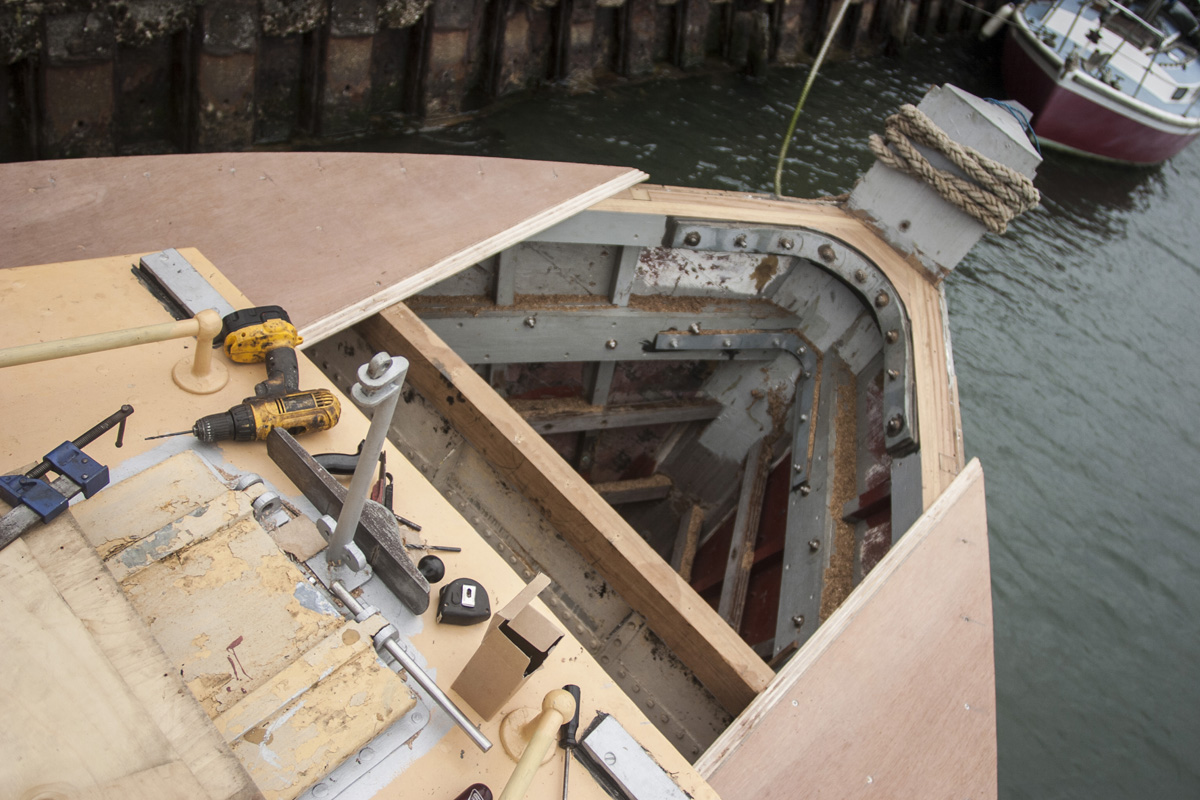 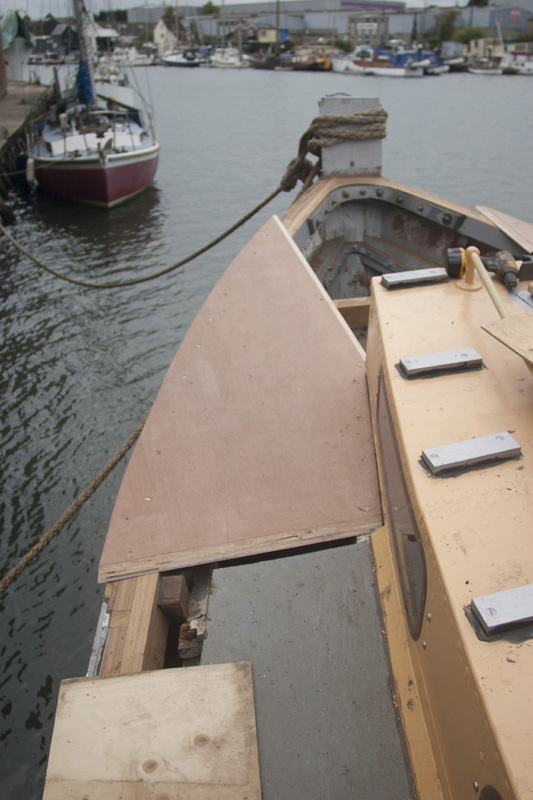 And with the second layer epoxied down and a layer of epoxy and fibreglass cloth on top: 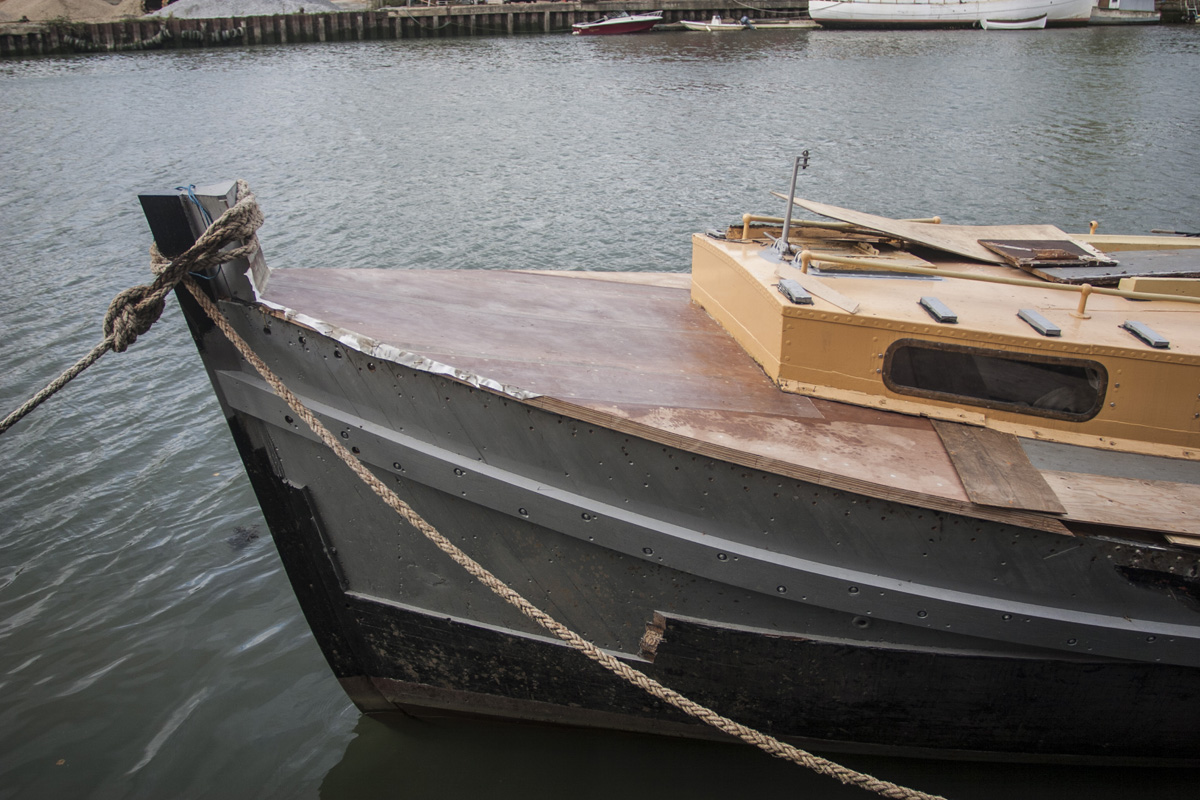 Better end this post here as its incredibly long!