The new steelwork in the cabin sides was pretty much all in place but only tacked due to my generator not being up to running out 3.2mm rods on the arc set.

I borrowed a ancient 300vDC 3 cylinder lister genset on a trailer but it promptly spun several main bearings and being the centre of a complex ownership dispute, rather than repairing it I sent it back to its (supposed) owner and the steelwork sat unfinished for the best part of a year: 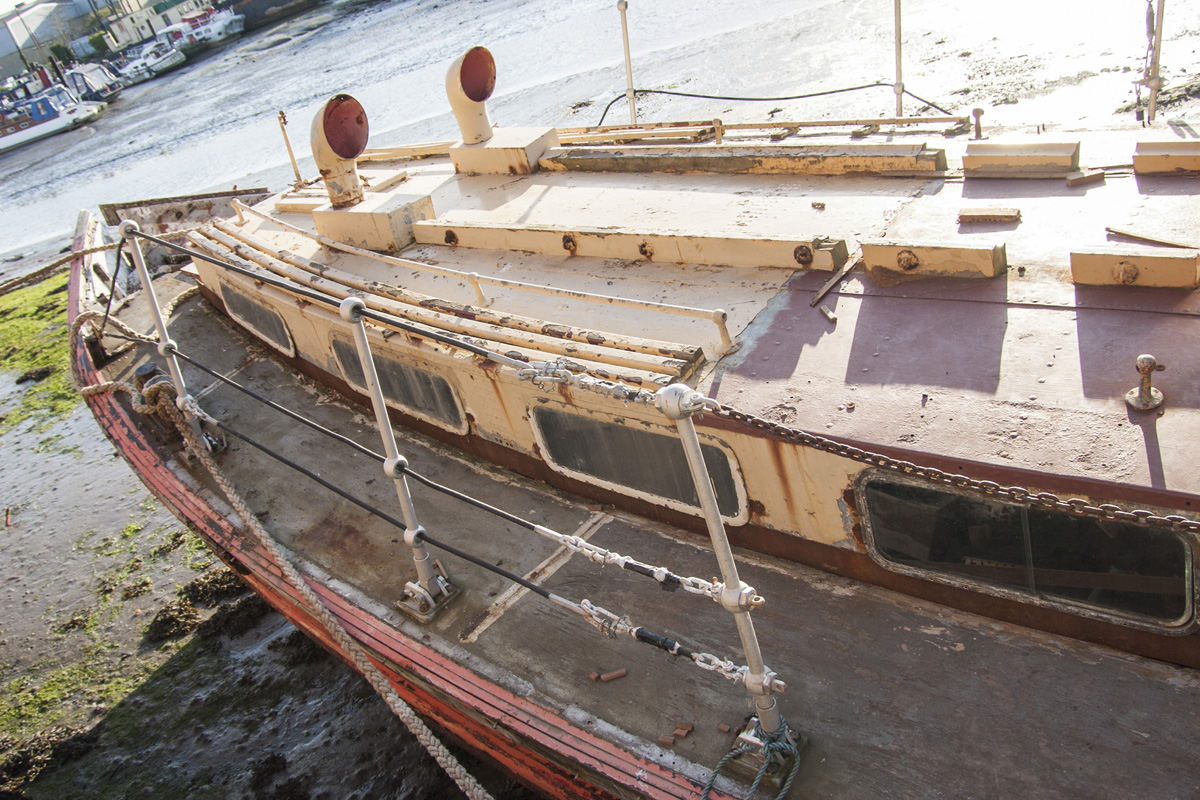 I built a new wheelhouse out of 3″ thick Iroko to as close to the original as was possible when working off period photos on the internet, Part of the base of the original was still in place which helped with dimensions although the previous owner had cut most of it off with a chainsaw: 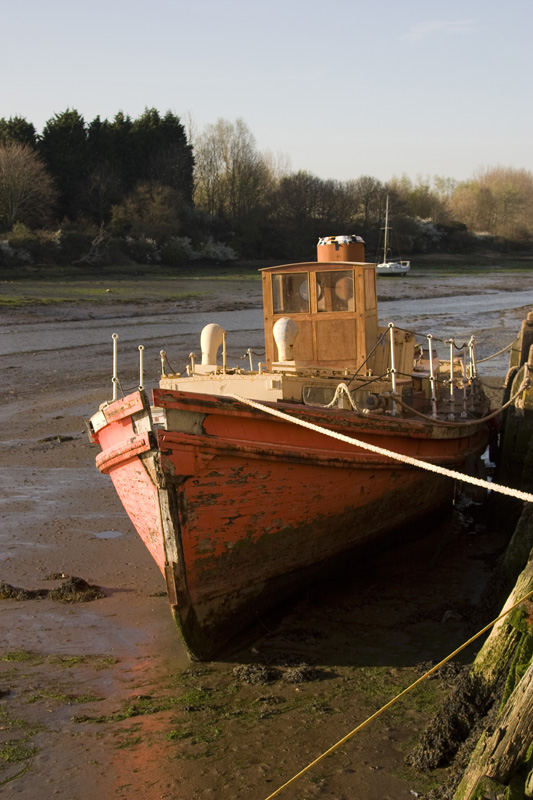 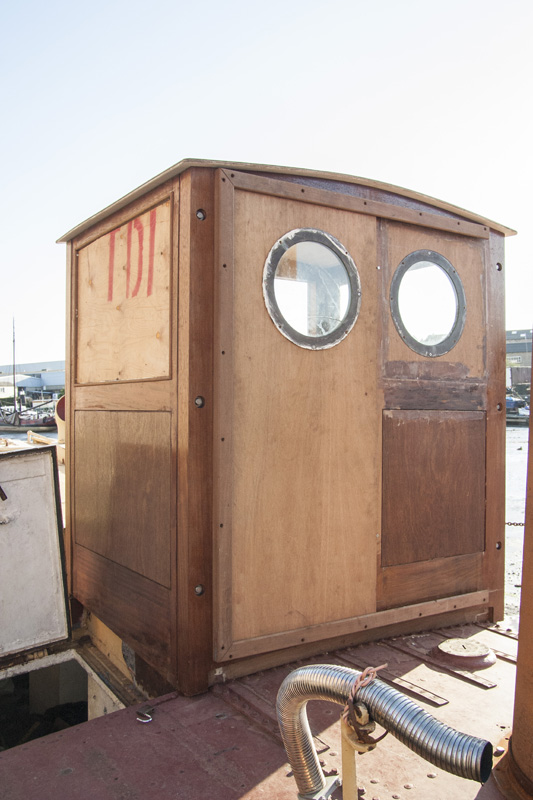 I’d also made a funnel using the flange holes on the deck as a pattern for the shape and guessing a bit regarding height, Note the *professional looking template for the funnel top in this picture!: 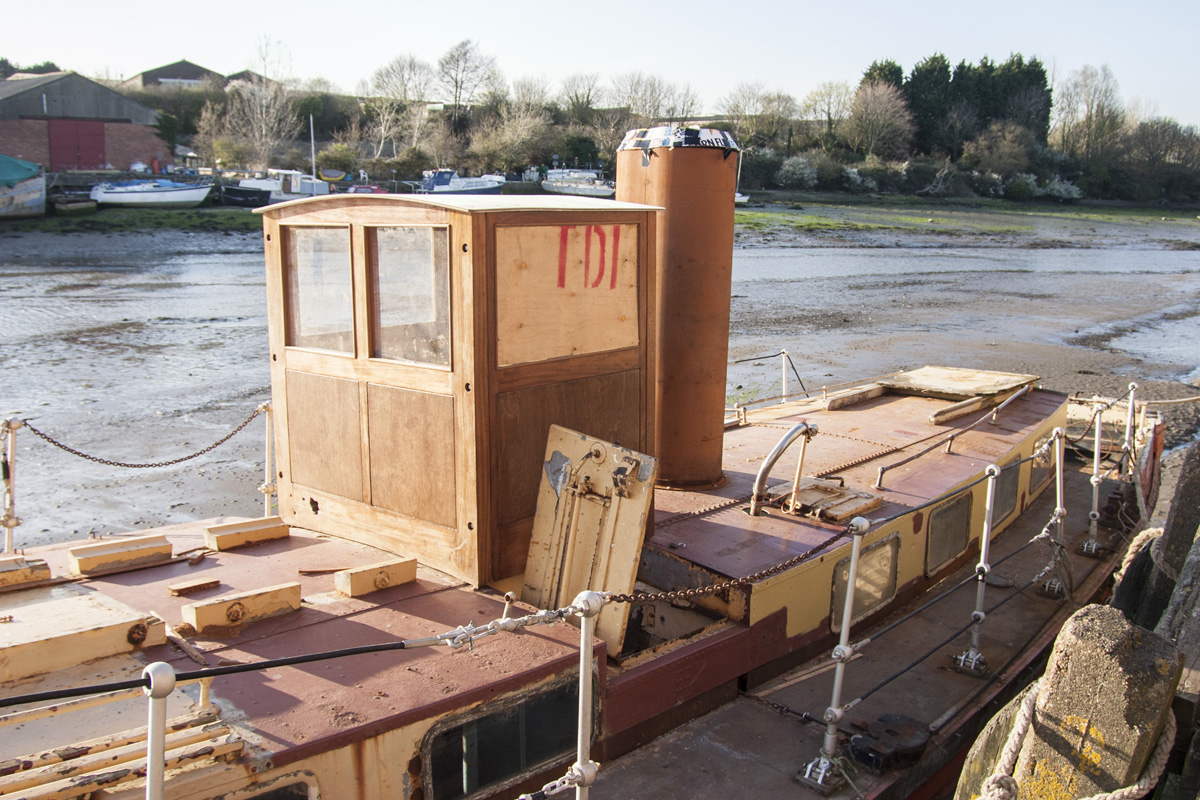 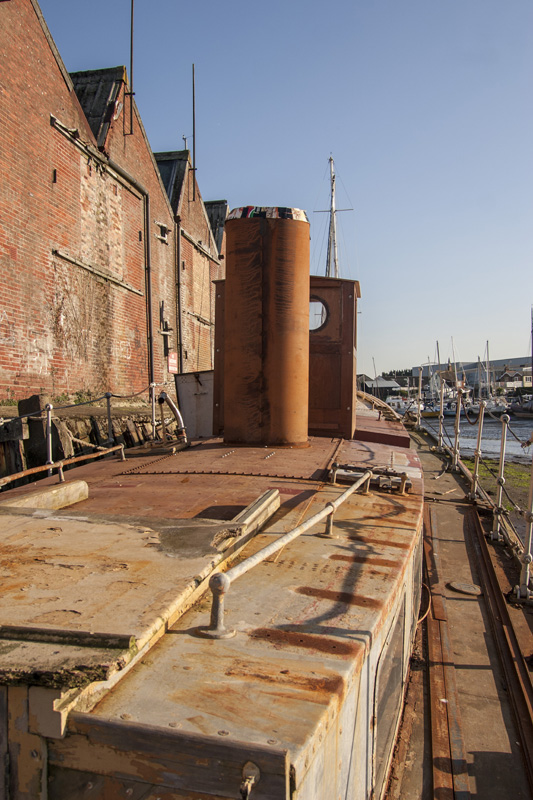 The wheelhouse was built inside the forecabin so I was literally living in 5″ of iroko dust for about 2 months – I ended up developing a huge allergy to Iroko.

Several years later even cutting it with a handsaw still makes my throat close up and i spend the next 8 hours coughing up blood! Unfortunate really as I’m still using it for 90% of the structural work i’m doing!: 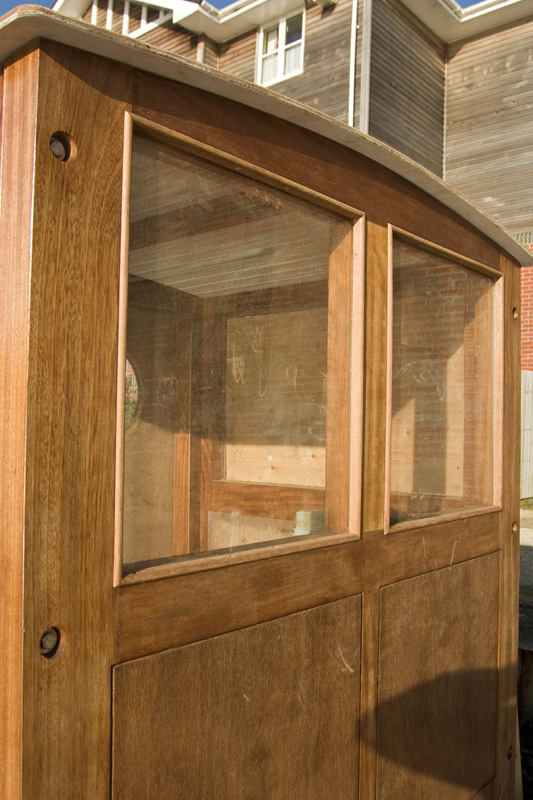 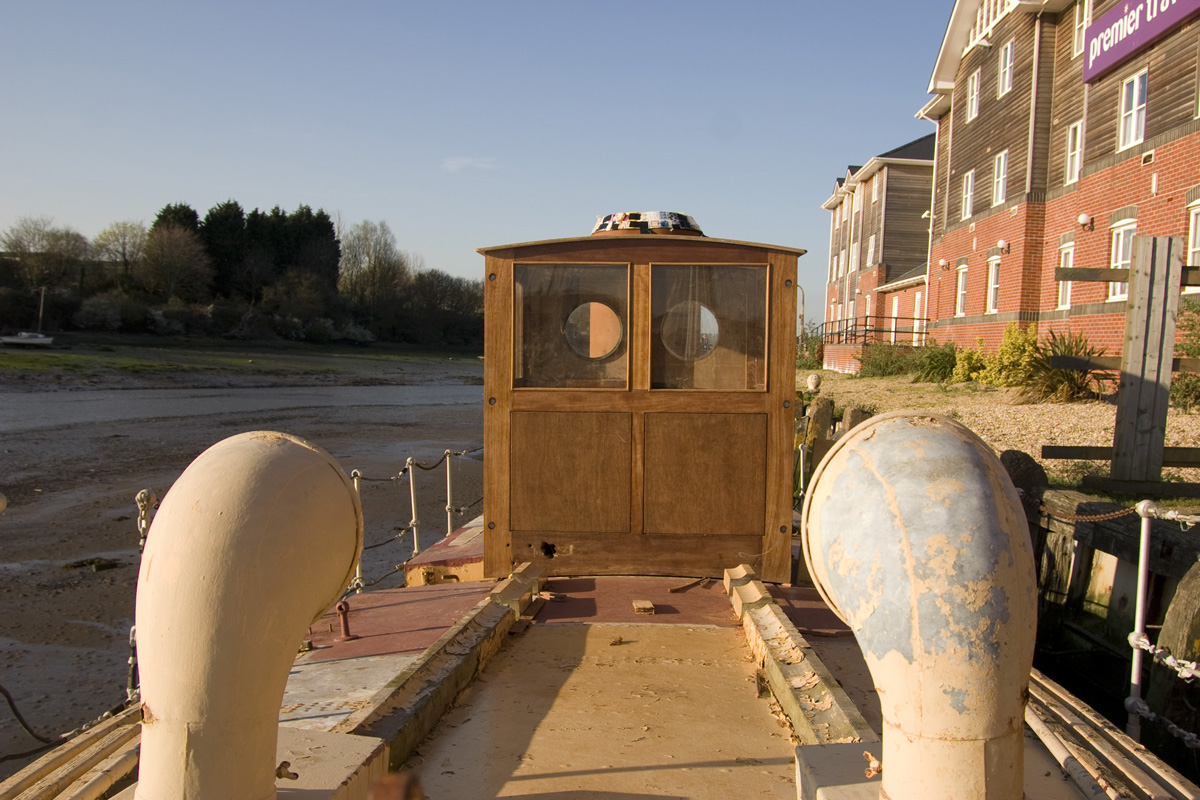 The forecabin had become a utter shithole by this time: 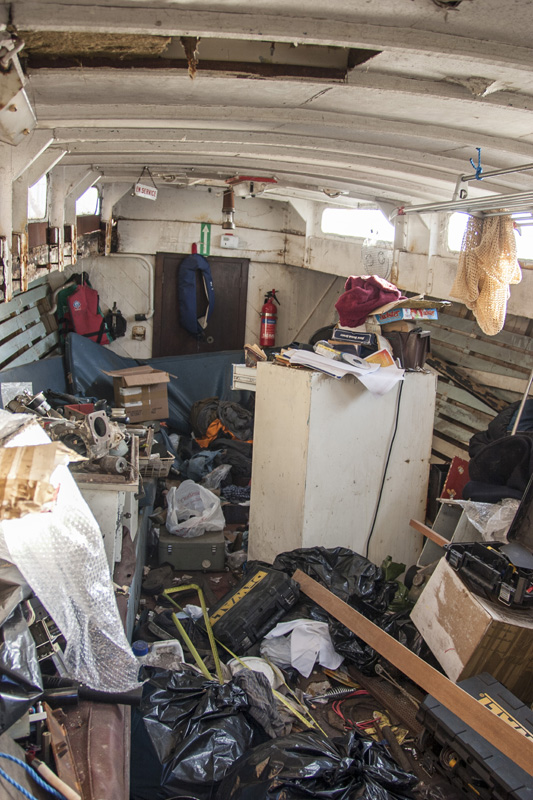 Note the new steelwork in the bottom of the cabintop which still needs the frames replacing, also the stove is now disassembled after a incident involving burning foundry coke!: 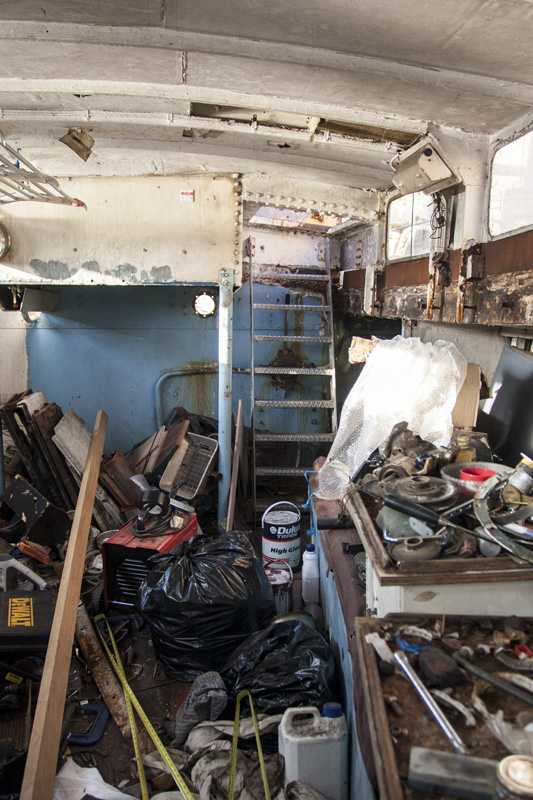 Aft cabin showing a finished area of steelwork, every single one of the angle iron frames is a sligtly differant angle so all were fabricated from flatbar: 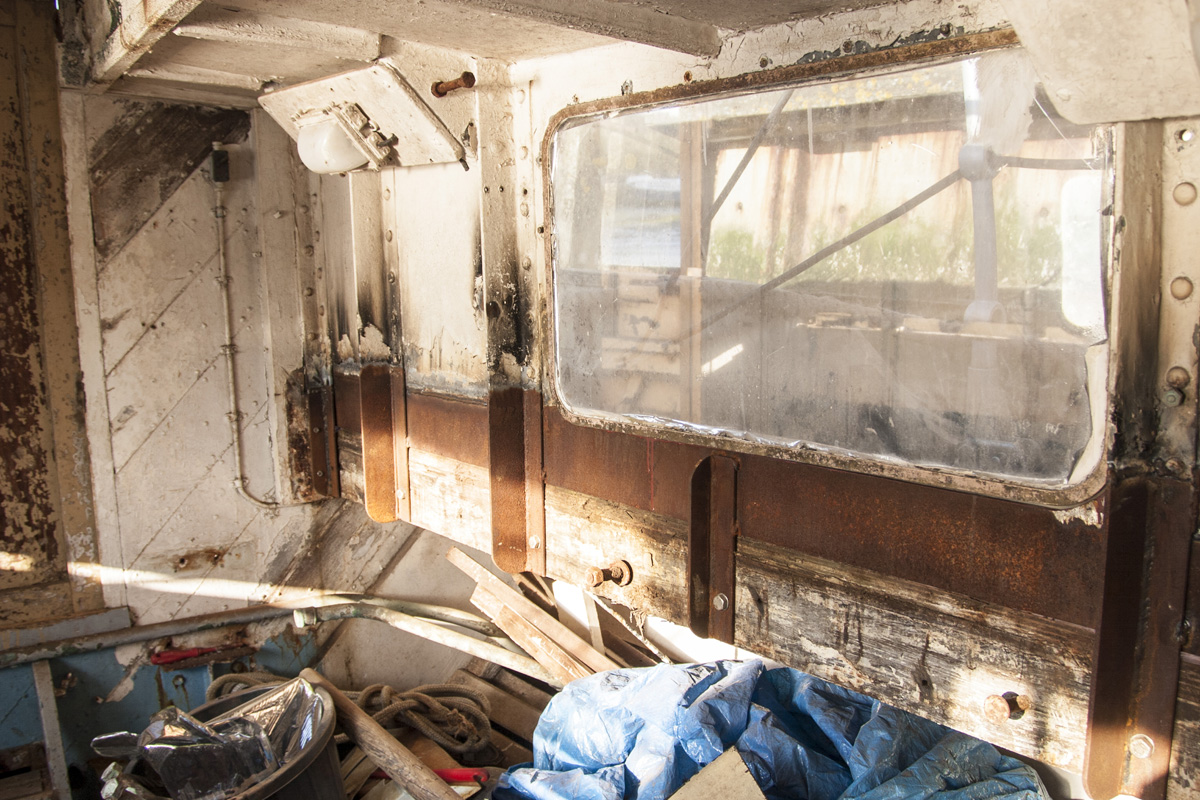